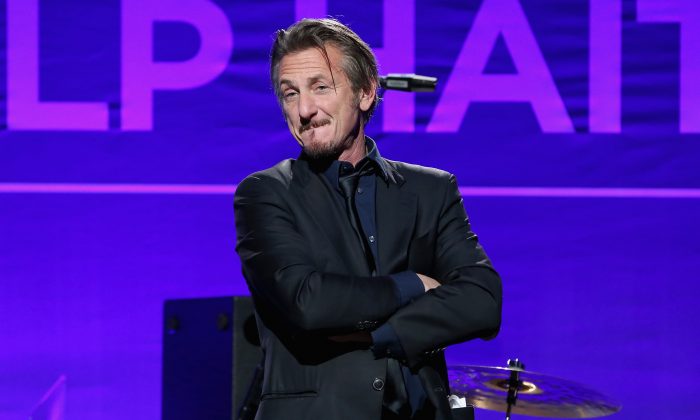 Actor Sean Penn was was roundly mocked and criticized online after Rolling Stone published a laudatory profile he authored of the Mexican drug lord Joaquin Guzmán Loera, better known as “El Chapo,” who was re-captured by Mexican authorities earlier this week.

The lengthy report portrayed Guzman, whose powerful Sinaloa cartel has been directly and indirectly responsible for tens of thousands of deaths in Mexico’s drug wars, as a scrupulous businessman, interested only in exporting massive amounts of illicit drugs to the United States who only kills when it’s absolutely necessary.

El Chapo speaks: Sean Penn recounts his secret visit with the most wanted man in the world https://t.co/F4x6x8ANBd pic.twitter.com/8wDb2I6Xkt

“Unlike many of his counterparts who engage in gratuitous kidnapping and murder, El Chapo is a businessman first, and only resorts to violence when he deems it advantageous to himself or his business interests,” Penn wrote. In a Q&A, Penn asks Guzman whether he considers himself a violent person, to which he replies: “No, sir. Look, all I do is defend myself, nothing more. But do I start trouble? Never.”

Why didn’t Sean Penn ask El Chapo how many real journalists his organization has killed?

Forget the “hip” factor. Interviewing El Chapo would be like interviewing Hitler after the war. Both death mongers to millions.#WANTED

The article was submitted to Guzman for approval—he did not wish to make any changes—before it was published on Jan. 9, upon which it immediately drew disapproval from public figures.

“If one of these American actors, who have benefited from the greatness of this country, who have made money from our free enterprise system, want to go fawn all over a criminal and a drug trafficker in their interviews, they have a constitutional right to do it,” Florida Senator Marco Rubio said on ABC’s This Week. “I find it grotesque.”

White House Chief of Staff Denis McDonough told CNN that he was “appalled” by the comments Guzman made in the “so-called-interview.”

Guzman, who was praised by Penn as having the “unguarded will to speak freely,” was boastful about his role in the worldwide drug trade, saying that he supplies “more heroin, methamphetamine, cocaine, and marijuana than anybody else in the world. I have a fleet of submarines, airplanes, trucks, and boats.”

In the piece, Penn justified his uncritical, deferring portrait of Guzman by citing the personal danger he could put himself in if he breaks any promises to the drug lord:

“This will be the first interview El Chapo had ever granted outside an interrogation room, leaving me no precedent by which to measure the hazards. I’d seen plenty of video and graphic photography of those beheaded, exploded, dismembered or bullet-riddled innocents, activists, courageous journalists and cartel enemies alike.”