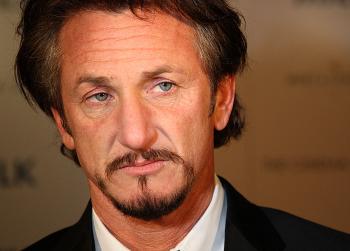 A graduate of Harvard University, Maxwell Evarts Perkins was a main writer for the New York Times in the beginning of the 20th Century. He personally edited many novels and short stories while working for New York publisher Charles Scribner’s Sons. One of them was Ernest Hemingway’s “The Sun Also Rises.”

A strong connection formed between Perkins and Thomas Wolfe when he edited Wolfe’s “Homeward, Angel.”
“The first time I heard of Thomas Wolfe,” remembered Perkins, “I had a sense of foreboding. I who love the man say this. Every good thing that comes is accompanied by trouble.”

To Perkins, Wolfe was a life-long collaborator and companion, according to an article on North Carolina Historic Sites.

“Genius” will be based on “Max Perkins: Editor of Genius,” an award-winning biography of the editor by A. Scott Berg, and focus on the relationship between the editor and the writer.

In addition, Penn will also appear in “Fair Game” and “Tree of Life,” two upcoming movies directed by Pohland.