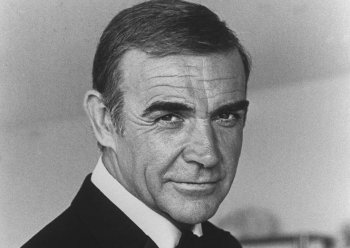 Best known for his part as secret agent James Bond on the silver screen between 1962 and 1983, Connery said he is finished with acting.

"I don't think I'll ever act again,” he told Scottish newspaper The Daily Record. “I have so many wonderful memories but those days are over.”

To commemorate his birthday, the octogenarian spent the day with 15 members of his close family at his residence in the Bahamas.

"We've eaten non-stop and it has been a great celebration,” he said.

Born in Edinburgh, Scotland on Aug. 25, 1930, Connery was knighted in 2000 and at one point was dubbed the “Greatest Living Scot” in a poll.

He won an Academy Award for his supporting role in The Untouchables in 1988.

Connery appeared in numerous films spanning a wide array of genres, including a starring part in the 1973 science fiction movie Zardoz, considered by some as possibly one of the strangest movies ever made.