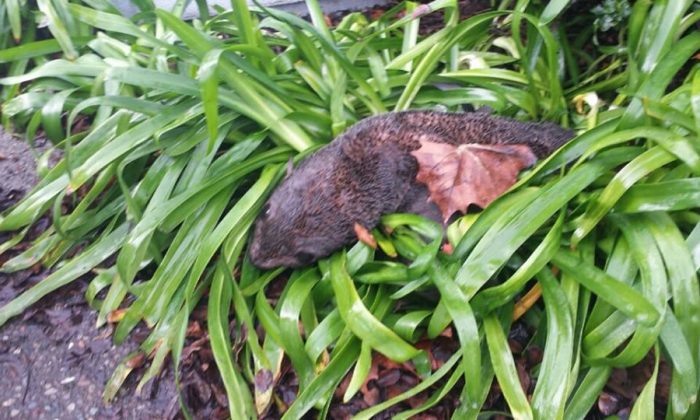 A seal pup was apparently abandoned and found near a business in Hayward, California.

The pup, which was near death when it was discovered, is now recovering at the Marine Mammal Center in Sausalito, California, ABC7 reported.

A seal pup found near death yesterday is getting a third chance at life thanks to @TMMC: https://t.co/XEgRdwIcWz https://t.co/QegbftW7wC

Hayward Police found the animal starving and alone in a business park.

“He’s lost some weight, but other than that he is in very good condition,” Cara Field with the Marine Mammal Center told the station. “He may have just gotten lost after he got released.”

KTLA reported the pup apparently waddled across Interstate 880 before it ended up in eastern Hayward.

A caller discovered the animal, now called Pipester, in the bushes, mistaking it for an opossum or a “weird cat.”

A seal in Hayward? This morning a little before 6 AM, someone called from Sandoval Way to report a baby seal flopping…

According to the Hayward Police Department: “A seal in Hayward? This morning a little before 6 AM, someone called from Sandoval Way to report a baby seal flopping around in the bushes at a business.”

“Sometimes when people call to report an incident, the things they are telling us aren’t exactly what is occurring, after all how could a seal come from the water, cross I-880 and be on the east side of Hayward? We were thinking it was probably a possum or weird cat but the caller insisted it was a seal. Well lo and behold it was a seal! Thank you to Barbie from the The Marine Mammal Center (California) for responding. The baby seal was a little dehydrated and malnourished but will be fine and released to the wild soon.”