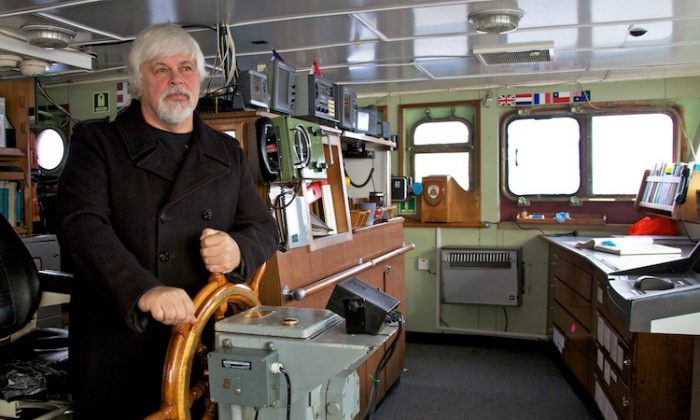 The head of conservation group Sea Shepherd skipped bail in Germany and left the country Thursday.

A spokesperson with Sea Shepherd confirmed that Paul Watson departed and is in an unspecified location.

Watson was on bail in Germany since May after he was arrested at the Frankfurt Airport on a warrant issued by Costa Rica. He is accused of placing a Costa Rican fishing crew in danger during a Sea Shepherd operation to prevent them allegedly from hunting sharks for their fins.

“We have reason to believe from a reliable source that, once in Costa Rica, the Japanese Government may have sought extradition of Captain Watson to Japan to answer charges related to obstructing their illegal whaling activities in the Southern Ocean Whale Sanctuary,” the group’s administrative director Susan Hartland said in a statement.

He has not been heard from since Sunday. “We have no further information and are not in touch with him,” she said.

While on bail in Germany, he had to report to local authorities on a regular basis while his extradition request was being looked into.

Sea Shepherd is known for sending ships to the Southern Ocean to disrupt Japanese whaling ships from killing whales. Japan’s government says it is conducting scientific research, despite international condemnation.