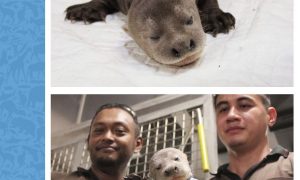 Videos of Otters Being Utterly Cute
0 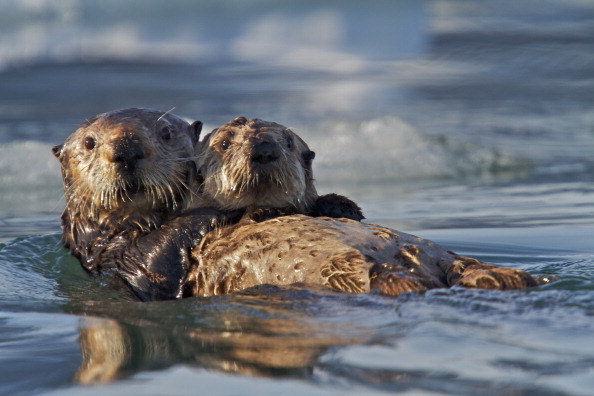 This week, September 21– 27, marks the 12th annual Sea Otter Awareness Week. Aside from being absolutely adorable, sea otters are a keystone species, meaning their role in their environment has a greater effect than some other species. As predators, sea otters are critical to maintaining the balance of the near-shore kelp ecosystems. Without sea otters, the undersea animals they prey on would devour the kelp forests off the coast that provide cover and food for many other marine animals. Additionally, sea otters indirectly help to reduce levels of atmospheric carbon dioxide, a prevalent greenhouse gas, as kelp forests play an important role in capturing carbon in coastal ecosystems.

Unfortunately, even though they are a keystone species, sea otters are at risk – a main reason we draw attention to their plight each year during Sea Otter Awareness Week. While sea otters once numbered several hundred thousand to more than a million, they are now one of many species struggling to survive in the face of various threats, including reduced habitat and disease. In the early 1900s the fur trade caused worldwide numbers to plummet to a total of only 1,000-2,000. Today, there are estimated to be just over 106,000 worldwide.

But despite being listed under the ESA, not enough resources and attention are being paid to sea otters for them to make a recovery in the U.S. For example, the U.S. Fish and Wildlife Service (Service) has yet to complete the recovery plan for the threatened population in southwestern Alaska, which has been in draft form since 2011. And in California, the three-year population average has shown very little growth over the last several census counts. In fact, in 2013, more than 300 sea otters (greater than 10% of the state’s population) were found stranded along the California coastline with only seven surviving, due largely to sharks mistaking otters for their normal prey. Infectious disease is also a major cause of sea otter mortality and is predominantly the result of land-based pollution in coastal ecosystems.

Researchers and advocates are hopeful that we will see growth in the Southern sea otter population now that failed recovery attempts that involved translocating, or moving, sea otters to a restricted area at San Nicolas Island has ended. That program, which barred otters from other coastal areas, was unsuccessful, with many of the San Nicolas population dying or migrating back to the mainland.

Yet as these otters continue to struggle towards recovery, a very large threat remains: what will the impacts of climate change be on the population and how will we see it respond to those impacts?

We know that sea otters help to offset some of the impacts of climate change – they maintain the health of our sea grass and kelp forests by preying on grazers (such as sea urchins and crabs) that often decimate these sensitive habitats. But as the effects of climate change begin to take hold of our coastal habitats, ocean acidification and temperature increase could negatively impact the ecosystems sea otters depend on, as well as directly affect their health.

Because this keystone species is already threatened, with potential effects of climate change looming, they need all the support from researchers and advocates that they can get in order to make a full and lasting recovery. This is why we have the California Sea Otter Fund – a fund used entirely for sea otter research and conservation programs. This fund has enabled researchers to identify the leading causes of sea otter disease and mortality as well as help advocates provide the best educational resources to the public. The fund is built entirely through contributions from Californians through a tax check-off program on state income tax forms. During the seven years it has existed, the fund has raised more than $2 million for sea otter research and conservation programs. If you live in California, please remember to contribute to the fund the next time you file your state taxes.

There are also other ways we can help raise funds and awareness for sea otters. If you’re an educator, take a look at Defenders’ updated, completely downloadable sea otter educational unit. The unit includes lesson plans that meet the California, Washington and Oregon state standards required for middle school students, but can be easily modified for older and younger students and for students in other states. The lessons include both individual and group learning activities and are designed to integrate reading, writing, social studies, and technology into your science curriculum. Have students participate in Sea Otter Awareness Week 2014 by teaching them all about this important species!

This article was originally written and published by Courtney Sexton, a Communications Associate, at Defenders of Wildlife. For the original article and more information, please click HERE.