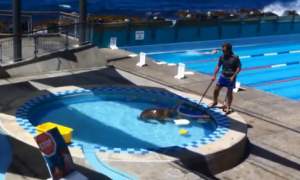 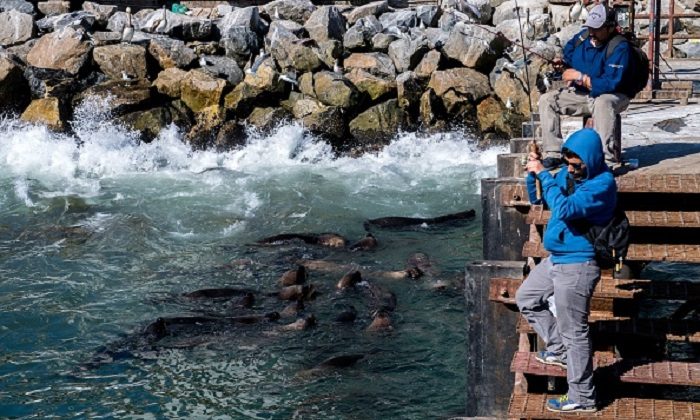 ANCHORAGE, Alaska—A sea lion lunged onto a fishing boat off the Aleutian Islands last weekend, biting a crew member on the leg and trying to pull him into the water, officials said.

It marked the third time since 2017 that Stellar sea lions have bitten fishermen from the community of Sand Point on their legs.

Crew members on the boat when the latest attack happened on Jan. 20, took the man to a medical clinic, where he was treated for his injuries and released, Sand Point police officer David Anderson told the Anchorage Daily News.

The newspaper reported that the crew member was helping pull up a net when the sea lion lurched up the stern ramp of the boat and bit him, attempting to drag him into the water.

The newspaper said it could not immediately reach the injured man for comment Wednesday.

In Sand Point, a fisherman was attacked by a sea lion last fall, suffering similar injuries as the man in the Sunday attack, Anderson said.

In another Sand Point attack in January 2017, a fisherman was bitten on the calf while he worked on a boat. He reported the animal tried to drag him into the water.

Sand Point Harbor Master Richard Kochuten Sr. said he has no idea why sea lions have bitten people in his community. He said, however, that it’s far more common for sea lions to get on boats to grab a fish and then go back into the water without harming anyone.

“It’s an occasional occurrence,” he said.

Kochuten said signs warning people against feeding sea lions are posted around the harbor and other places in the community.

Sea lions live throughout waters around Alaska, preying on salmon and other fish. Steller sea lions are federally protected.