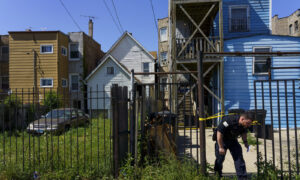 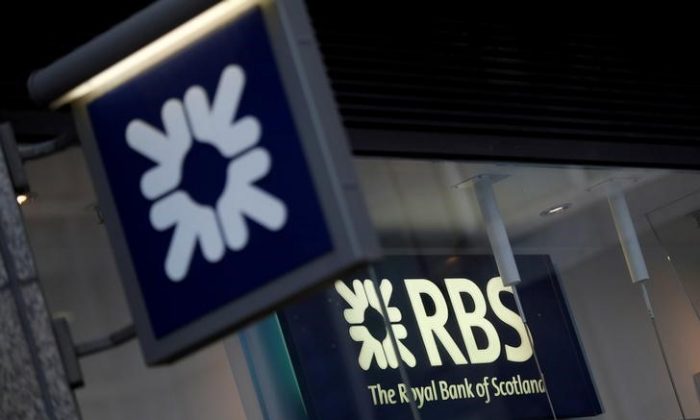 Royal Bank of Scotland signs are seen at a branch of the bank, in London, Britain Dec. 1, 2017. (Reuters/Peter Nicholls)
Crime and Incidents

The Royal Bank of Scotland (RBS), the United Kingdom’s third-largest bank, has been fined $4.9 billion dollars for alleged financial misconduct after the U.S. Department of Justice (DOJ) found that the bank misled investors with its residential mortgage-backed securities between 2005 and 2008.

The penalty is the largest settlement imposed by the Justice Department towards a single bank for misconduct leading up to the financial crisis.

Under the Financial Institutions Reform, Recovery, and Enforcement Act of 1989, the federal government can be authorized “to seek civil penalties against financial institutions that violate various predicate criminal offenses, including wire and mail fraud.”

Andrew E. Lelling, U.S. Attorney for the District of Massachusetts said, “This resolution—the largest of its kind—holds RBS accountable for defrauding the people and institutions that form the backbone of our investing community.”

According to the DOJ, the RBS failed to disclose to investors the significant risks related to its residential mortgage-backed securities (RMBS). These RMBS were backed by defective loans which resulted in significant losses to investors.

According to Investopedia, RMBS are a type of mortgage-backed debt obligation created from residential debt. They are similar to bonds where owners have the right to share principal and interest from mortgage repayments from a pool of mortgage loans created by banks and other financial institutions. The loans become high risk when mortgage repayments cannot be met.

It is alleged that the RBS’s loan originators had failed to follow their own underwriting procedures and that their procedures were ineffective at preventing risky loans from being made. As a result, borrowers for the loans did not have the ability to repay the loans and were at risk or were in default.

It is also alleged that RBS provided inaccurate data that made loans appear less risky. RBS did not require originators to correct these data errors which led to over 600 data errors associated with 563 loans in one deal.

According to the Department of Justice, “RBS earned hundreds of millions of dollars, while simultaneously ensuring that it received repayment of billions of dollars it had lent to originators to fund the faulty loans underlying the RMBS.”

“RBS used RMBS to push the risk of the loans, and tens of billions of dollars in subsequent losses, onto unsuspecting investors across the world, including non-profits, retirement funds, and federally-insured financial institutions.”

“As losses mounted, and after many mortgage lenders who originated those loans had gone out of business, RBS executives showed little regard for this misconduct and made light of it.”

The Justice Department said that RBS disputes the allegations and does not admit wrongdoing, although the bank said in a statement it was happy to move on.

“There is no place for the sort of unacceptable behavior alleged by the DoJ at the bank we are building today,” RBS Chief Executive Ross McEwan said.

In conjunction with the settlement, the bank also said it would be paying out an interim ordinary dividend of 2 pence per share on Oct. 12 to shareholders.

The dividend is the bank’s first since its near-collapse and $58 billion state bailout in 2008.

The DOJ settlement and the resumption of dividends were two of the last big milestones in the RBS’s decade-long journey back to normality.

The looming Justice Department fine had weighed on the bank’s share price and prevented it from paying out to its shareholders.

Together with hefty cuts made to its investment bank and international business, a return to dividends could help shift the bank’s profile with investors from a risky bet to a safe, predictable value stock.

It also expands the market for future government share sales by enabling a broader array of investors to look at buying the bank’s shares.

“This settlement holds RBS accountable for serious misconduct that contributed to that financial crisis, and it sends an important message that the Department of Justice will pursue financial institutions that illicitly harm the American economy and our consumers,” Panuccio added.

According to CBS, the DOJ has issued billions of dollars in fines against Bank of America, Citigroup, Goldman Sachs, and other big banks in the years following the crisis to settle similar allegations.