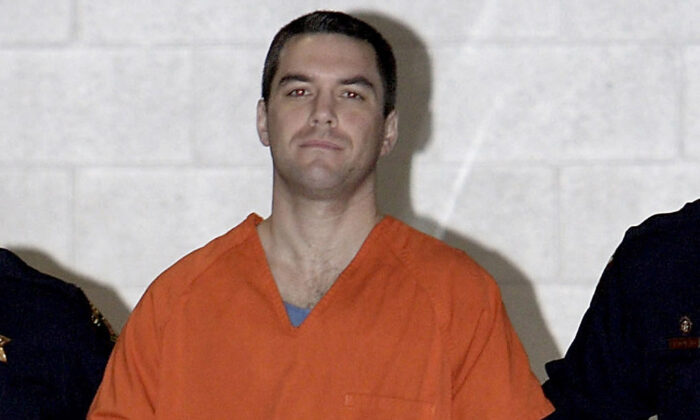 Scott Peterson was sentenced Wednesday to life in prison without parole after he was spared the death sentence over the deaths of his wife and unborn child in the early 2000s.

Peterson, 49, was convicted in 2004 for murdering his wife, Laci Peterson, and their unborn child, Conner. Peterson was originally sentenced to death in the case, but the California Supreme Court in August 2020 reversed Peterson’s death sentence after they discovered that potential jurors were dismissed erroneously.

Prosecutors said Peterson, of Modesto, California, murdered Laci and dumped her body in the San Francisco Bay from his boat on Christmas Eve in 2002. Later, in April 2003, Laci’s and Conner’s bodies washed ashore.

In 2005, the year after his conviction, Peterson was sentenced to death and remained on death row in California’s San Quentin State Prison since last year when the state Supreme Court reversed the decision.

“I still feel the grief every day, after 19 years,” Laci Peterson’s mother, Sharon Rocha, told him in court. “Your evil, self-centered, unforgivable selfish act ended two beautiful souls. And for what reason? There was no reason other than that you just didn’t want them anymore. You didn’t want a baby nor the responsibility of being a father. You’re a coward.”

Peterson’s attorney, Pat Harris, has said his client has shown no remorse because he isn’t guilty. Defense attorneys, he argued, can show proof that burglars were nearby on the day Laci Peterson went missing.

Scott Peterson admitted during his murder trial that he was fishing on the day Laci and their unborn child disappeared and near where their bodies washed ashore. After Laci disappeared, Peterson also confirmed that he sold her car and turned the baby’s nursery into a storage room.

“It’s been 19 years, and there’s not a day that doesn’t go by that I don’t think about my sister and the life that she could have had, and the life we could all [have] had with her and Conner,” Laci’s sister Amy Rocha said in her testimony Wednesday. “She never got to meet my family, her family, and that my boys will never know their aunt and cousin. There have been so many special occasions that Laci and Conner should have been here for. It makes me sick being here today in front of you again.”

During a court appearance on Wednesday, the judge declined to hear directly from Peterson. None of his family members spoke on his behalf.

Harris said that if Peterson was allowed to speak, he would try to dispute the “concept that he did not want to have a child.”

“I think he just also wanted to reach out to tell the Rocha family that he understands their feelings. He understands why they believe that he is guilty,” Harris said, reported the San Jose Mercury News. “But he wanted to make it clear that there’s no way he could possibly harm Laci and Conner.”