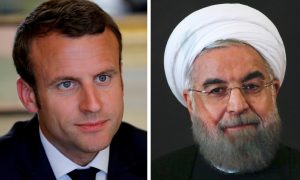 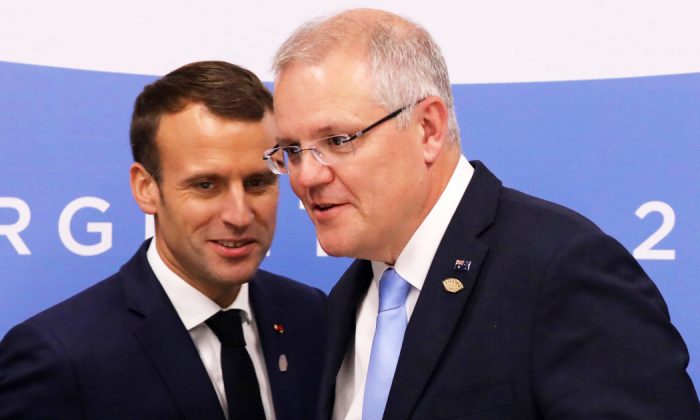 Prime Minister Scott Morrison will increase his efforts to rid the internet of violent, extremist content during the G7 summit in France this weekend.

Scott Morrison’s commitment to wiping extremist content from the internet and pursuing ambitious trade deals has caught the eye of French President Emmanuel Macron and led to Australia’s first-ever invitation to the G7.

The fortuitous timing of the summit that brings together seven economic giants will also give the prime minister opportunities for key strategic meetings about Australia’s plans to join an international military mission to help guard oil tankers from attacks in the Strait of Hormuz.

Morrison will attend the exclusive summit in Biarritz, France from Saturday to Monday, flying directly from discussions on two of those ambitious trade deals in Vietnam.

But Macron wants to shake up the format, inviting four major regional powers who he sees as committed to democratic values and fundamental freedoms – Australia, India, Chile and South Africa – and four African nations.

“This is an important time, I think, to reinforce these shared values in today’s world – democracy, respect for human rights and international law, and free markets,” Morrison told reporters in Canberra ahead of his trip.

The invitation is part of a relationship between Australia and France that is growing ever-stronger, following Macron’s visit down under in May 2018 and talks with Morrison at international gatherings since.

The French president sees Australia as a country that gets things done, notably convincing all the G20 nations – including those who form the G7 – to agree at their June meeting on working to ban violent extremist content from the internet.

Morrison will build on this win at one of the two special sessions he will participate in at Biarritz.

One of Macron’s priorities for this weekend’s summit is to ensure democratic values remain at the heart of the digital transformation of economies.

He’s hoping to have a charter for a free, safe and open internet signed by big business in Paris on Friday and then the G7 countries and invited partners after Monday’s discussion.

While a focus in the past has been making tech giants like Google and Amazon pay their taxes, this discussion is expected to be more about making sure democracies are resilient and that the internet supports democracy, not the other way around.

The other session Morrison will join is a discussion on climate, biodiversity and oceans.

On the summit’s sidelines, Morrison is seeking individual meetings with the other leaders.

Part of Morrison’s agenda for these bilateral talks is to discuss Australia’s plans to join the US and UK in a multi-nation effort to ensure shipping stays open in the Strait of Hormuz in the face of an increasingly hostile Iran.