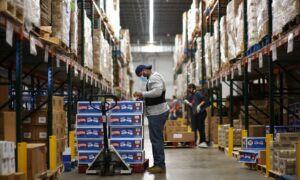 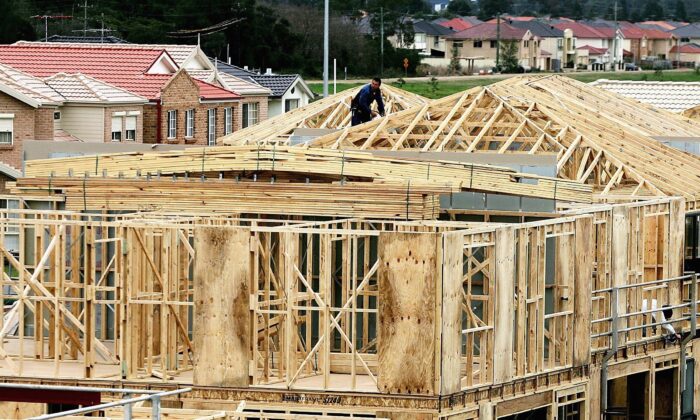 A builder works on a house under construction amongst an established suburb August 2, 2006 in Sydney, Australia. (Ian Waldie/Getty Images)
Australia

Prime Minister Scott Morrison has declared the success of the federal government’s stimulus package to kick start the building industry which ground to a halt after Australia implemented measures against the spread of the CCP virus last year.

It comes after the latest Treasury figures show that demand for the HomeBuilder program has exceeded estimations.

HomeBuilder invites Australians to apply for grants to support them to build a house or renovating an existing home. It has received over 30,000 more applications than the original 27,000 forecasted by Treasurer Josh Frydenberg.

“This program has been really effective,” Morrison told 2GB on Wednesday. “This has more than doubled our expectations for that program, and it’s set residential building up for the next two years.”

Hailed by the federal government as a key driver for Australia’s economic recovery, the figures released by Treasury on Wednesday show that as of the end of 2020, over 75,000 households had applied for the $25,000 HomeBuilder cash grant with 80 percent of applications being for new home builds.

Housing Minister Michael Sukkar told Sky News on Wednesday that the government was pleasantly surprised by the quick uptake.

The minister said the program’s effects were being felt not just in the construction sector, but also had a flow-on effect to the manufacturing industry who make household fittings—ike glass, bricks, tile—and the timber industry which supplies the frames and the trusses.

It has also boosted the level of first home buyers to its highest peak in over a decade.

“It’s a win-win, it’s supporting jobs, its helping people get into their new homes, and the fact that the scheme has ended up being so big just means that those benefits have been spread much more far and wide than we originally thought,” Sukkar said.

Originally scheduled to finish in December last year, the Morrison government extended the program to March 31 due to increasing interest but the cash grant was reduced to $15,000.

The government also raised the cap on new builds in New South Wales and Victoria to $950,000 and $850,000, respectively. Simultaneously, the construction commencement deadline was extended from three months to six months for all eligible contracts signed on or after June 4, 2020.