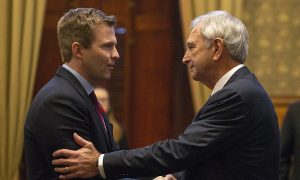 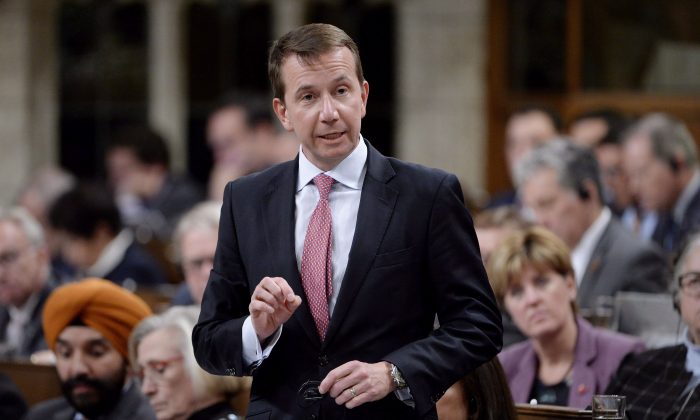 Treasury Board President Scott Brison speaks during question period in the House of Commons on Parliament Hill in Ottawa, on Oct. 16, 2018. (The Canadian Press/Adrian Wyld)
Canada

OTTAWA—Scott Brison is quitting a political career he loves to spend more time with a cherished family that politics made possible.

After 22 years representing the Nova Scotia riding of Kings-Hants—initially as a Progressive Conservative MP before jumping to the Liberals in 2003—Brison told The Canadian Press it’s time for a change. He’s decided not to seek re-election this fall.

He’s not sure whether he’ll remain a Liberal MP until the Oct. 21 vote but he will be resigning shortly from Prime Minister Justin Trudeau’s cabinet, where he serves as president of the Treasury Board.

“I’ve informed the prime minister that I’m not running again but I’ve also told him that I want to relinquish my cabinet responsibilities in a timely manner and support transition to a new minister,” Brison said in an interview. “My personal view is that the prime minister and the government are best served by ministers who will be running in the next election.”

He said he’s announcing his decision now to give Liberals in his riding time for a nomination contest to choose who will carry the party’s banner in the coming election.

Brison’s departure will trigger at least a small cabinet shuffle, although there is speculation that Trudeau will make bigger changes to his front bench as early as next week to put it in fighting trim for the Oct. 21 vote.

In an era of mounting cynicism about politics, Brison is passionate about its ability to make a difference in people’s lives.

“I believe now, more than ever before, that government matters, that members of Parliament matter and that politics matters. There’s no area of work where you can make more of a difference in people’s lives,” he said.

So why retire from the political fray he so evidently loves? He offered three reasons.

“They say that life begins at 50. Well, I’m 51 and I’m ready for new challenges,” he said, adding that he’ll likely wind up back in business, where he once worked as an investment banker.

Beyond that, he said he wants to leave when he’s “on top” of his political career, not waiting to be carried off “in a body bag or air-lifted off the field.”

But above all else, he said the decision is about—and was made together with—his family.