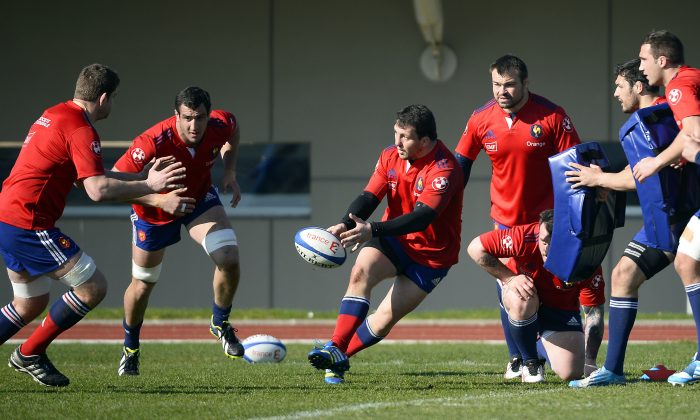 France will face Scotland in round 4 of the Six Nations rugby tournament.

The teams are set to face off on Saturday, March 8 at Murrayfield Stadium in Edinburgh. Kick-off is set for 5 p.m. local time.

The game will be broadcast live on TV5 Monde in France and BBC One in Scotland.

It will also be broadcast on Arena Sports in Bosnia, Croatia, Macedonia, Montenegro, and Serbia; TBC in Slovenia and Singapore; Prisa TV in Spain; Viasat in Sweden, Denmark, and Norway; and Romtelecom in Romania.

Scotland narrowly beat Italy in the last round while France lost to Wales.

In round 2, Scotland lost to England, which is tied with France at the top along with Wales and Ireland, while France beat Italy.

In round 1, Scotland lost to Ireland while France beat England.

Scotland’s Kelly Brown is looking for a big match after being dropped by interim coach Scott Johnson for the last two rounds, he said in an interview posted on the tournament’s website.

“Playing for Scotland is something I used to dream of as a child and it’s a very, very special honour,” he said. “I know that in professional sport, the road is not always smooth and so I just saw it as one more challenge that I was looking forward to overcoming. There is no doubt I was very disappointed because I absolutely love playing for Scotland and it is something I would never take for granted. But it is fantastic to be back in the side.

“I’ve taken what he said on-board and I’ve been working on it and I feel my form at Saracens over the last month has been pretty good.”

Geoff Cross will also start while David Denton returns to No. 8, shifting to blindside.

French coach Philippe Saint-Andre emphasizes that the defeat to Wales was the team’s first and that they’re still in the hunt for the title.

Injuries have beset the team, prompting Sebastien Vahaamahina put in at flanker, Brice Mach at hooker, and Maime Mermoz at center.

Damien Chouly will replace Louis Picamoles at No. 8, Maxime Machenaud will come it at scrum-half, and Maxime Medard returns on left wing.

“We are expecting a bit reaction from the players so that our supporters can be proud of their team at Murrayfield,” said Saint-Andre.

“We can still win the tournament, many people seem to have forgotten that but we will be very focused on this match. We will need courage, some spark, an enormous desire from everyone individually and collectively. We are going to try and be intelligent, to play as a team.

“In Cardiff that did not happen, not for us the staff in terms of how we prepared for the match but also the players at the start of the match.”

After this match, France will face Ireland and Scotland will face Wales in round 5 on March 15.