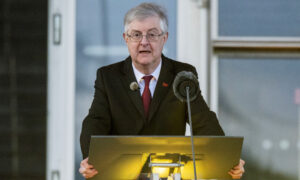 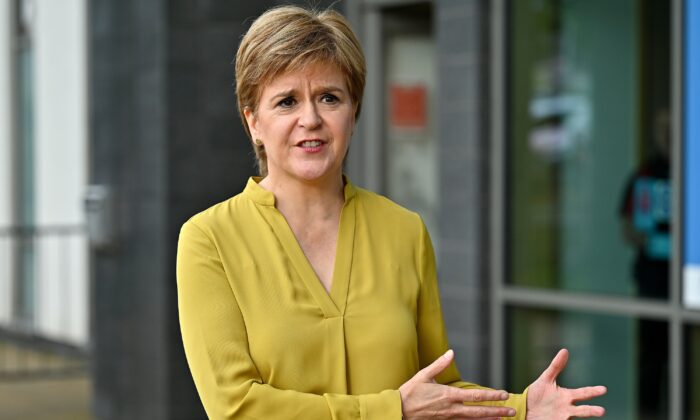 Most coronavirus restrictions have been removed in Scotland after the country moved beyond level-0 at midnight.

Legal requirements for physical distancing—except in health care settings—and gatherings have been removed, and all venues, including nightclubs, are now able to reopen.

Some measures, such as the requirement to wear face coverings indoors in public places and on public transport, will stay in place.

The first minister told MSPs last week that the country could move beyond level-0, the lowest level of a five-tier system of restrictions in Scotland, due to the “steady decline in cases” and “the success of vaccination.”

Under the new rules, double-vaccinated adults and all children will be able to avoid self-isolation if they are a close contact of someone with coronavirus so long as they are symptomless and provide a negative PCR test.

Pupils and teachers will have to continue wearing masks indoors for up to six weeks after schools return, the government has said.

But whole classes in schools will no longer have to stay at home if an infection is discovered, although children and adults who are higher-risk close contacts will be told to isolate.

Since the announcement, the Scottish government has changed its position on requiring masks in nightclubs and people will also now be allowed to drink while standing up in pubs.

Deputy First Minister John Swinney spoke about the easing of restrictions when he appeared on the BBC’s “Good Morning Scotland” radio programme on Monday.

He said moving beyond level-0 now was “the right judgment and the right moment to act.”

The use of face coverings would continue to be required at least through the winter, he said, as they are a “significant obstacle to the circulation of the virus.”

Swinney said, “Certainly over the winter I would expect face coverings to remain a significant part of our lives.”

When announcing the lifting of further restrictions, Nicola Sturgeon hailed Monday as “perhaps the most significant date so far” in the pandemic.

She has since stated that Scotland is in a “much better position” with COVID-19 than could have been expected at the start of summer, but urged Scots to “continue to take sensible precautions” despite many of the legal coronavirus rules being lifted from Monday.

The number of new coronavirus infections reached a peak of 4,234 on July 1 but the average number of daily cases during August is 1,172, according to Scottish government statistics.

So far in August, 53 deaths of people who first tested positive for the virus within the previous 28 days have been registered, taking the death toll under that measure to 7,992.

Quoting a column in The Herald looking at whether the pandemic was over, Sturgeon wrote, “The pandemic is not over (as this piece rightly concludes) but we are in a much better position that (sic) we might have believed possible at the start of the summer—and if we all continue to take sensible precautions, even as legal restrictions end, we can hopefully maintain that.”

The latest weekly figures also indicated the number of deaths involving coronavirus in Scotland had dropped for the first time since June.

Data from the National Records of Scotland show 46 fatalities that mentioned COVID-19 on the death certificate were registered in the week from July 26 to Aug. 1.

This marks a drop of 10 on the previous week and the first time the figures have fallen in seven weeks.

By Tom Eden and Neil Pooran