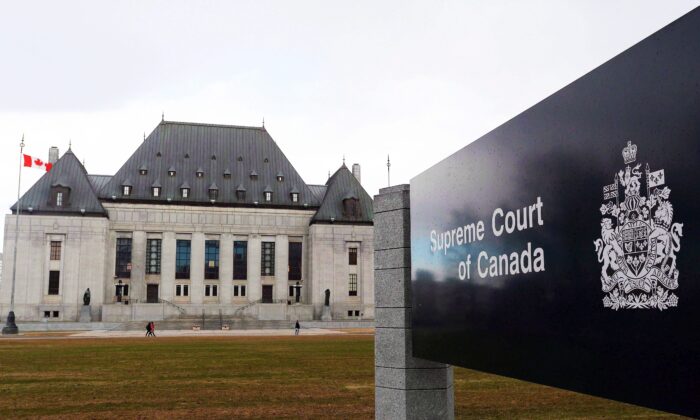 The Supreme Court of Canada in Ottawa, in a file photo. (The Canadian Press/Sean Kilpatrick)
Canada

Canada’s top court has sent the case of two men convicted in the slayings of three family members back to the Alberta Court of Appeal.

Last year, the Alberta court imposed consecutive parole eligibilities for Jason Klaus and Joshua Frank of 50 years in prison before they could apply for release.

Last month, the Supreme Court, calling it unconstitutional and cruel, struck down the federal law that allowed consecutive parole eligibilities.

Today, the high court ordered the Appeal Court to deal with the two men’s sentencing in light of the recent ruling.

Klaus and Frank were each convicted of three counts of first-degree murder after the bodies of Klaus’s father and sister were discovered in their burnt-out farmhouse near Red Deer, Alta., in 2013.

His mother’s body was never found.