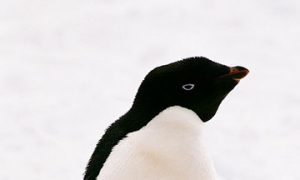 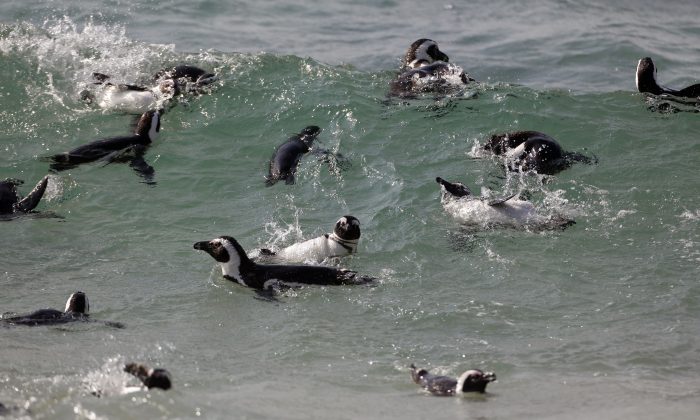 CAPE TOWN, South Africa—They’re cute, knee-high, they bray like donkeys and are a tourist attraction near Cape Town. But African penguins—the continent’s only species of the flightless bird—are at risk of extinction.

As shoals of anchovies and sardines have migrated south into cooler waters, the population of African penguins that feeds on the fish has plummeted by 90 percent since 2004 along South Africa’s west coast, once the stronghold of Africa’s only penguin species.

This decline, recorded by South Africa’s Department of Environmental Affairs, led to four key fishing grounds being declared off limits seven years ago in an experiment to see if the measure could help save the penguins. But scientists are still debating whether fishing has helped push the species to the brink of extinction.

Don’t Want to Fall on the Ice? Walk Like a Penguin

The debate has gotten so acrimonious that the Island Closures Task Team, which oversaw the experiment and determined management actions, disbanded last year. Meanwhile, the fishing bans remain in place.

If effective management of the situation is not carried out, the black-and-white seabirds could soon disappear, experts said.

In the 1930s, South Africa’s largest penguin colony had 1 million African penguins, and there were many other colonies. Now, only 100,000 of the birds remain in all of South Africa and neighboring Namibia, the only two countries where the species exists. In 2010, the International Union for Conservation of Nature declared the African penguin endangered.

Of the 17 species of penguins in the world, the IUCN has named four others as endangered: the yellow-eyed penguin and erect-crested penguin from New Zealand, the northern rockhopper penguin from islands in the South Atlantic and Indian Ocean and the Galapagos penguin in Ecuador. Reasons for declines include sea temperature change causing shifts in forage fish, predators, disease, fishing, and toxic algae.

Both fisheries scientists and bird specialists agree that the decline of the African penguin began around 2004 with a southern shift in anchovies and sardines away from the hub of colonies along South Africa’s Atlantic coast. Scientists are unsure why the fish have moved, considering as possible causes climate change, overfishing, or natural fluctuations.

Now, penguins must swim farther to catch fish, leaving adults weakened. Many have died or abandoned their chicks, with hundreds winding up in the crowded, outdoor pens of a seabird rehabilitation center, nestled on the edge of Cape Town’s Table Bay. It is run by the Southern African Foundation for the Conservation of Coastal Birds, or SANCCOB. On a recent morning, workers there were feeding and medicating 106 orphans and putting them in pools for a morning swim. Some waddled up to this reporter and gently pecked at her legs. In an attempt to slow the decline, SANCCOB releases rehabilitated penguins into the wild every week.

Relocating penguins to within reach of the masses of anchovies and sardines is only a possibility for chicks—and a difficult one with no guarantee of success.

So, in 2008, the South African government began the experimental ban on fishing in a 20-kilometer (12.4-mile) radius alternating around four key penguin colonies: Robben and Dassen Islands in the Atlantic Ocean and St. Croix and Bird Islands in the Indian Ocean. Some of these waters were hotspots for sardine and anchovy fishing.

Anchovies and sardines comprise, in volume, the biggest component of South Africa’s fishing industry. In terms of revenue, it’s the second-biggest.

They are also the penguin’s primary food source.

Recently, a team led by Janet Coetzee, a fisheries scientist with the Department of Agriculture, Forestry and Fisheries, was on a small, motorized boat among dolphins, seals and giant shipping vessels and towing a hefty oblong device through a banned fishing area. The device determines how many fish are around. Despite the fish migration, such surveys found there were plenty of anchovies for penguins during certain months.

But mathematical modelers of fish populations have reservations about that statistic and insist that the impact of fishing is minimal. Coetzee said fishing quotas already allow only approximately 10 percent of the sardine and anchovy population to be taken, leaving plenty of fish for penguins.

“These sorts of issues must be teased out and the assumptions clearly understood,” said Dr. Rob Crawford, who heads the penguin biologist research. Crawford’s team wants to keep the fishing grounds closed for several more years. Fisheries scientists are calling for its end.

The fishing industry is losing its patience and wants to know whether seven years of closures has amounted to anything.

Fishermen follow shoals of fish along the coast. When fishing areas are closed, vessels must take more costly circuitous routes and they suffer losses in catch, said Mike Copeland, strategic project manager for Lucky Star Ltd., a fishing company. An economic analysis of the impact of closures is underway.

“We’ve been very puzzled as to why the two parties cannot work together to actually come up with sound science that shows exactly what’s going on,” Copeland said.

An international panel of experts, called for by the South African government to review the experimental closing of the fishing grounds and to find a way forward, met for the first time last year and will reconvene in December.