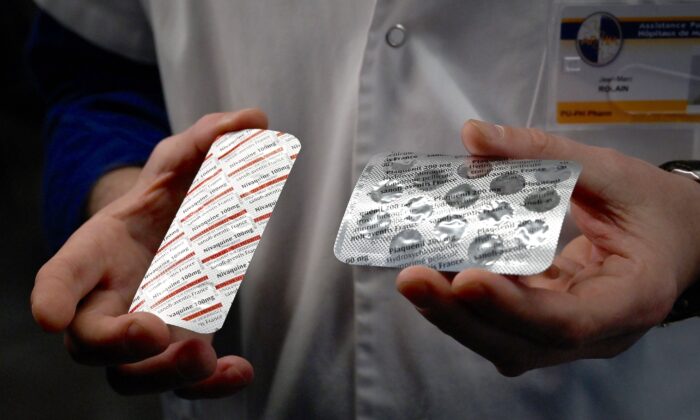 A medical staffer shows tablets containing chloroquine, a drug that has shown signs of effectiveness against the virus that causes COVID-19, in Marseille, France, on Feb. 26, 2020. (Gerard Julien/AFP/Getty Images)
By Tom Ozimek