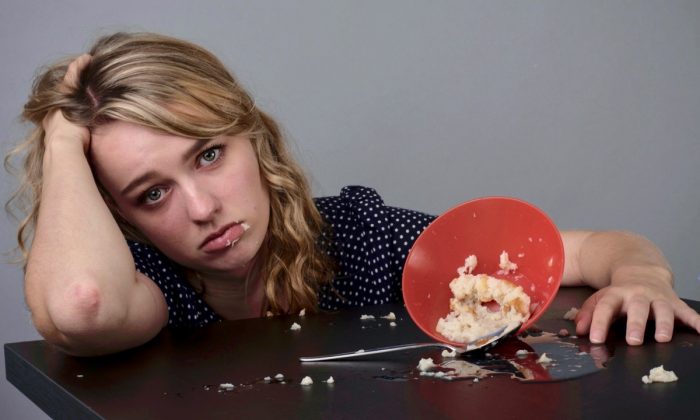 Scientists Explore Why People Get ‘Hangry’ in New Study

Scientists in Canada exploring the “hangry” phenomenon have found a link between hunger and mood swings.

“Hangry” refers to the expression that people started using to refer to their irritable mood that would arise with the feeling of hunger.

Researchers at the University of Guelph in Canada went ahead to observe the moods of hungry mice, theorizing that a drop in blood sugar, which accompanies hunger, would result in a downward change in mood.

“When people think about negative mood states and stress, they think about the psychological factors, not necessarily the metabolic factors,” said Ph.D. student Thomas Horman, the study’s leader, in a press release. “But we found poor eating behavior can have an impact.”

Researchers found that the rats avoided the chamber where they were injected with the blocker.

“This type of avoidance behavior is an expression of stress and anxiety,” said Prof. Francesco Leri from the university’s Department of Psychology in the press release. “The animals are avoiding that chamber because they had a stressful experience there. They don’t want to experience it again.”

The researchers are hoping to find out if there is a long-term impact on a person’s psychological state when meals are repeatedly skipped.

“Poor mood and poor eating can become a vicious cycle in that if a person isn’t eating properly, they can experience a drop in mood, and this drop in mood can make them not want to eat. If someone is constantly missing meals and constantly experiencing this stressor, the response could affect their emotional state on a more constant level,” Horman explained.

Another Theory on ‘Hangry’

A study published in June also investivated the “hangry” phenomenon. That study was done by researchers from the University of North Carolina at Chapel Hill, and published by the American Psychological Association (APA).

“You don’t just become hungry and start lashing out at the universe,” Assistant Professor Kristen Lindquist, co-author of the study, said in a statement. “We’ve all felt hungry, recognized the unpleasantness as hunger, had a sandwich and felt better.”

“We find that feeling hangry happens when you feel unpleasantness due to hunger but interpret those feelings as strong emotions about other people or the situation you’re in.”

In the June study, the researchers used human participants. They asked the volunteers to perform different tasks after a period of fasting.  The group also conducted online experiments involving 400 people. The researchers ascertained each individual’s state of hunger by asking, and compiled how the individuals interpreted images based on that state.

In contrast to the newer study, which sees the “hangry” phenomenon as a lack of nutrition, the June study indicates a variety of factors that include the interpretation of those hunger feelings by the individual. “Hanger” was a more prominent response in the volunteers when some negative factor was already prevalent on their mind or in their environment.

“So there seems to be something special about unpleasant situations that makes people draw on their hunger feelings more than, say, in pleasant or neutral situations,” lead author Jennifer MacCormack, a doctoral student in the department of psychology and neuroscience at the university, said, according to the statement.

The Destruction of Civilized Debate