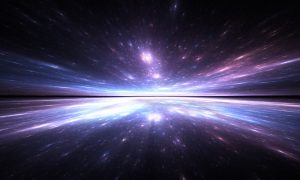 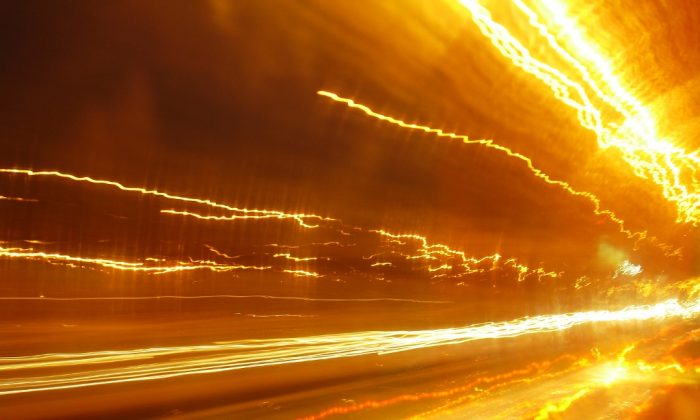 Light plays a vital role in our everyday lives, and technologies based on light are all around us. So we might expect that our understanding of light is pretty settled. But scientists have just uncovered a new fundamental property of light that gives new insight into the 150-year-old classical theory of electromagnetism and which could lead to applications manipulating light at the nanoscale.

It is unusual for a pure-theory physics paper to make it into the journal Science. So when one does, it’s worth a closer look. In the new study, researchers bring together one of physics’ most venerable set of equations—those of James Clerk’s Maxwell’s famous theory of light—with one of the hot topics in modern solid-state physics: the quantum spin Hall effect and topological insulators.

To understand what the fuss is about, let’s first consider the behavior of electrons in the quantum spin Hall effect. Electrons possess an intrinsic spin as if they were tiny spinning-tops, constantly rotating about their axis. This spin is a quantum-mechanical property, however, and special rules apply—the electron has only two options open to it: it can either spin clockwise or counterclockwise (conventionally called spin-up or spin-down), but the magnitude of the spin is always fixed.

Han Purple: A 2,800-Year-Old Artificial Pigment That Quantum Physicists Are Trying to Understand

In certain materials, the spin of the electron can have a big effect on the way electrons move. This effect is called “spin-orbit coupling” and we can get an idea of how it works with a soccer analogy. By hitting a freekick with spin, a soccer player can make the ball deviate to the left or the right as it travels through the air. The direction of the movement depends on which way the ball is spinning.

Spin-orbit coupling causes electrons to experience an analogous spin-dependent deflection as they travel, although the effect arises not from the Magnus effect as in the case for the football, but from electric fields within the material.

This effect is known as the classical spin Hall effect, and quantum mechanics adds a dramatic twist on top. The quantum-mechanical wave nature of the travelling electrons organizes them into neat channels along the edges of the sample. In the bulk of the material, there is no net spin. But at each edge, there form exactly two electron-carrying channels, one for spin-up electrons and one for spin-down. These edge channels possess a further remarkable property: the electrons that move in them are impervious to the disorder and imperfections that usually cause resistance and energy loss.

This precise ordering of the electrons into spin-separated, perfectly conducting channels is known as the quantum spin Hall effect, which is a classic example of a “topological insulator”—a material that is an electrical insulator on the inside but that can conduct electricity on its surface. Such materials represent a fundamentally distinct organization of matter and promise much in the way of spintronic applications. Read-heads of hard drives based on this technology are currently used in industry.

Beginning to See the Light

Now, the new study suggests that the seeds of this seemingly exotic quantum spin Hall effect are actually all around us. And it is not to electrons that we should look to find them, but rather to light itself.

The new study suggests that the seeds of this seemingly exotic quantum spin Hall effect are actually all around us. And it is not to electrons that we should look to find them, but rather to light itself.

In modern physics, matter can be described either as a wave or a particle. In Maxwell’s theory, light is an electromagnetic wave. This means it travels as a synchronized oscillation of electric and magnetic fields. By considering the way in which these fields rotate as the wave propagates, the researchers were able to define a property of the wave, the “transverse spin,” that plays the role of the electron spin in the quantum spin Hall effect.

In a homogeneous medium, like air, this spin is exactly zero. However, at the interface between two media (air and gold, for example), the character of the waves change dramatically and a transverse spin develops. Furthermore, the direction of this spin is precisely locked to the direction of travel of the light wave at the interface. Thus, when viewed in the correct way, we see that the basic topological ingredients of the quantum spin Hall effect that we know for electrons are shared by light waves.

This is important because there has been an array of high-profile experiments demonstrating coupling between the spin of light and its direction of propagation at surfaces. This new work gives a integrative interpretation of these experiments as revealing light’s intrinsic quantum spin Hall effect. It also points to a certain universality in the behavior of waves at surfaces, be they quantum-mechanical electron waves or Maxwell’s classical waves of light.

It also points to a certain universality in the behavior of waves at surfaces, be they quantum-mechanical electron waves or Maxwell’s classical waves of light.

Harnessing the spin-orbit effect will open new possibilities for controlling light at the nanoscale. Optical connections, for example, are seen as a way of increasing computer performance, and in this context, the spin-orbit effect could be used to rapidly reroute optical signals based on their spin. With applications proposed in optical communications, metrology, and quantum information processing, it will be interesting to see how the impact of this new twist on an old theory unfolds.

Clive Emary is a lecturer of physics at the University of Hull. This article was originally published on The Conversation. Read the original article.