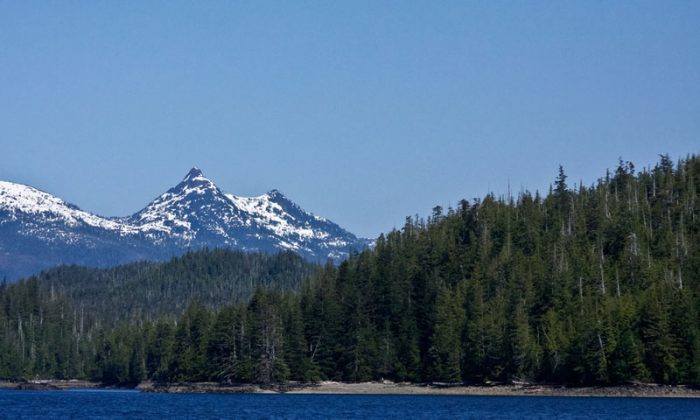 The American Fisheries Society, American Ornithologists Union, American Society of Mammalogists, Ecological Society of America, Pacific Seabird Group, Society for Conservation Biology, and The Wildlife Society are calling for the Forest Service to accelerate transitioning logging away from old-growth forests into secondary forests that were originally harvested in the 1950s. USDA Secretary Tom Vilsack announced a plan for just such a transition in July 2013 but environmentalists say that sales of old-growth timber has actually increased to a level not seen in twenty years.

“Protecting old-growth forests on the Tongass is key to maintaining the productivity and resilience of the extraordinary fish and wildlife that have otherwise declined throughout their southern ranges in North America,” said Grant Hilderbrand, president of the Alaska Chapter of the Wildlife Society, in a statement.

“Unprecedented scientific support for Tongass Rainforest protections is a signal to President Obama that there is no time to waste in ending old growth logging, which would be a defining moment for his climate and environmental legacies,” added Dominick A. DellaSala, chief Scientist of Geos Institute. “Quickly transitioning the Tongass rainforest out of clearcutting old-growth forests would bring certainty to the timber industry and legacy rainforest benefits to the American people.”

Supporters say that a ban on old-growth logging would a boon to fishing and tourism, industries that bring in up to 20 times as much as the logging sector in southeastern Alaska. The logging industry is also heavily subsidized by the federal government.

This article was written by news.mongabay.com, and republished with permission, original article here.

*Image of “Alaska” via Shutterstock