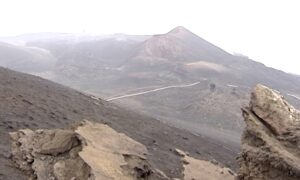 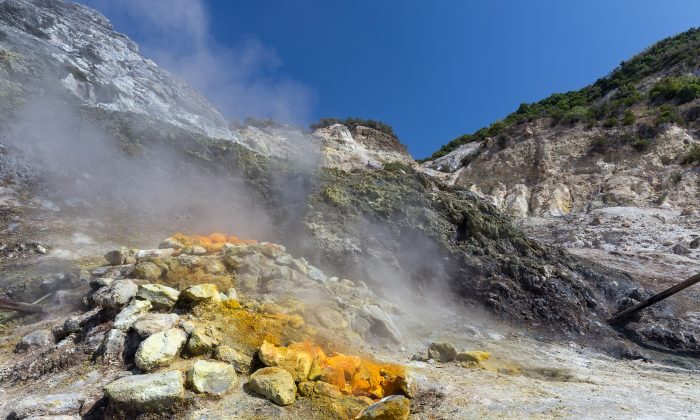 Almost two months after a study warned that an Italian supervolcano could be about to explode, researchers believe they have found evidence of a “hot zone” feeding the supervolcano.

Campi Flegrei in southern Italy is a volcanic caldera west of Naples, a city of almost a million, that last erupted in 1538.

In the 1980’s there were a series of earthquakes caused by magma—volcanic fluids—flowing into the shallowest part of the caldera, but until now, scientists didn’t know where that magma came from.

The study results suggest that a layer of rock prevented the magma from rising to the surface, forcing it to run horizontally.

Using seismological techniques, scientists say they have pinpointed the “hot zone” where the fluid or magma rose into the shallowest part of the caldera during that time.

“One question that has puzzled scientists is where magma is located beneath the caldera, and our study provides the first evidence of a hot zone under the city of Pozzuoli that extends into the sea at a depth of 4 km [2.5 miles],” the leader of the study, Luca De Siena at the University of Aberdeen, said in a press release.

He added that while this showed a small amount of magma, it could also be the top of a much larger and deeper magma chamber below.

The entire caldera has become hotter in the last 30 years or so because of the fluid that now permeates it. De Siena likened it to a “boiling pot of soup.”

“Whatever produced the activity under Pozzuoli in the 1980s has migrated somewhere else, so the danger doesn’t just lie in the same spot, it could now be much nearer to Naples which is more densely populated,” De Siena said.

He says the volcano is definitely becoming more dangerous, but what the size of the magma is and where it will surface remain unknown.

“The big question we have to answer now is if it is a big layer of magma that is rising to the surface, or something less worrying which could find its way to the surface out at sea,” he said.