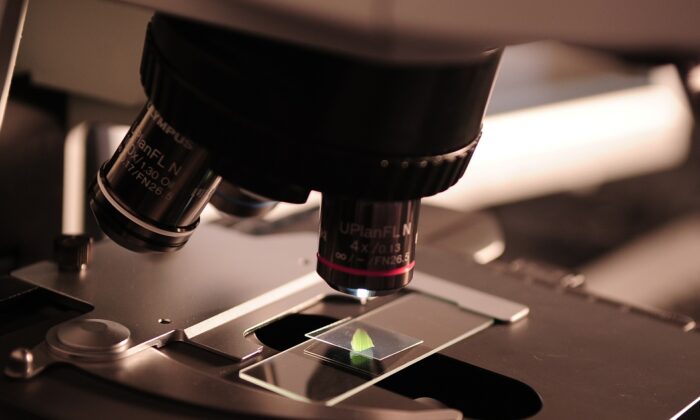 Scientists Are Destroying Our Trust in Science

A just-published exposé in the journal Science claims that a seminal study on the causes of Alzheimer’s disease may contain falsified data.

The 2006 report concluded that Alzheimer’s is caused by a buildup of a certain type of plaque in the brain—a finding that has guided research into cures for Alzheimer’s ever since.

But now, critics claim that the original authors “appeared to have composed figures by piecing together parts of photos from different experiments,” calling their conclusions into significant question.

If true, this is a scientific scandal of the worst order. As the Science article notes, the questionable study strongly influenced the funding of research into treatments, with the National Institutes of Health (NIH) spending $1.6 billion pursuing the plaque hypothesis this fiscal year.

Even worse, if scientific mistakes in the study weren’t caught during peer review because of data manipulation, it deprived Alzheimer’s researchers investigating other hypotheses of badly needed funding, perhaps delaying the development of effective treatments.

Falsification of scientific research has been a chronic problem for the sector in recent years. For example, a South Korean researcher committed outright research fraud when, in 2004 and again in 2005, he convinced Science—the same publication now exposing the problems with Alzheimer’s plaque research—that he had perfected a method of cloning human embryos and had created 11 patient-specific embryonic stem cell lines. Despite peer review, it was all a lie, and eventually the papers were withdrawn.

But those reports had a major political impact, influencing the government’s funding of embryonic versus adult stem cell research and affecting political debates around this controversial area of biotechnology. (Experiments to create cloned human embryos eventually succeeded in 2013.)

Of course, not all false studies are fraudulent or based on manipulated data. As in all human endeavors, scientists sometimes make mistakes.

That appears to be the case with long-accepted research showing that clinical depression is caused by a chemical imbalance of serotonin in the brain. But a new, in-depth review of the data reached the startling conclusion that “the huge research effort based on the serotonin hypothesis has not produced convincing evidence of a biochemical basis to depression,” which serves as the starting point behind many antidepressant medications.

Does that mean that antidepressants don’t work? The new study doesn’t say. But that crucial question will now require—you guessed it—more research. Let’s hope the correct answer comes quickly as these medications can cause suicidal ideation and other potentially serious side effects.

At this point, many scientists will be screaming that catching fraud and research mistakes is part of the scientific method, which allows questioning of—and challenges to—even the most seemingly settled scientific findings. That’s true, at least in theory.

But lately, that fail-safe process has been increasingly short-circuited by nonscientific ideological or political gamesmanship at the highest levels of the public health and science sectors.

Why, just the other day, former presidential COVID adviser Dr. Deborah Birx admitted that she has known all along that the vaccines wouldn’t prevent transmission of the disease. But that isn’t what she and the administration said at the time, as she acknowledged in an interview on Fox News.

But Birx’s mendacity by omission led to far worse consequences than that. The falsehood that the jab would prevent the disease became the supposed scientific basis for vaccine mandates both in the public and private sectors.

Indeed, remember President Joe Biden demagoguing by claiming that COVID had become “a pandemic of the unvaccinated”? I sure do, and because of that, family members turned against each other and friends against friends. I also remember the mass firings past and pending of soldiers, cops, firefighters, medical personnel, and other essential workers who refused the jab.

Perhaps if Birx and her colleagues in the national public health sector had been forthcoming about that issue from the beginning, all that societal discord and personal pain would have been avoided.

Dr. Anthony Fauci engaged in the same kind of gaslighting when he said early in the pandemic that masks weren’t protective. He now admits that he lied because he wanted to make sure there were enough masks available for medical personnel.

But what justifies Fauci’s and then-NIH head Francis Collins’s dastardly campaign to discredit the authors of the Great Barrington Declaration for daring to question the public health advisability of society-wide lockdowns? Nothing.

Then there was Fauci’s hubristic claim that criticizing him is anti-science because, “I represent science.” Good grief, what a failure of leadership.

And let’s not forget how blatantly ideologically woke the scientific and medical establishments have become. Today, critical race theory, radical gender ideology, and climate change hysteria are pitched as if they are scientifically settled issues—which they are not. Indeed, remember the advocacy article in The Lancet calling women “bodies with vaginas”?

How can we trust the conclusions of scientific studies published about these controversial cultural issues when the journals in which they appear are so clearly biased? Moreover, who among us believes that these journals would publish solid research if the findings cut against the editors’ ideological grain? I sure don’t.

There’s only one cure to the current malaise: unremitting and apolitical scientific excellence. Or, to state it more simply: If the public is going to ever trust science again, scientists will have to do a better job being scientists.