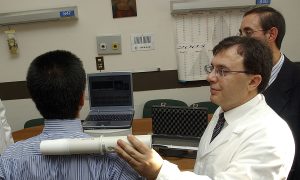 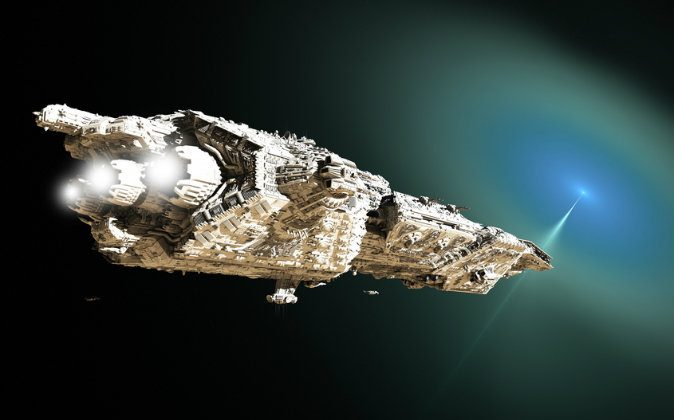 The tractor beam featured in popular science fiction movies and shows such as “Star Trek,” “Star Wars,” and even the sci-fi parody film “Spaceballs,” is a fictional device that is steadily progressing towards solid reality.

With the advancement of lasers and other technology, scientists have been optimistically hustling to create this kind of technology and a variety of different approaches have been tested in the laboratory.

One of the more recent developments involves using an ultrasound beam to pull small, hollow, triangular objects back towards the source of the beam. It’s been developed by Scottish scientists and physicists at Dundee University.

“We were able to show that you could exert sufficient force on an object around 1 centimeter [about 0.4 inches] in size to hold or move it, by directing twin beams of energy from the ultrasound array towards the back of the object,” said Dr. Christine Demore of the Dundee University’s Institute for Medical Science and Technology told the Daily Mail Online.

Although the device is far from the pulling power of the U.S.S. Enterprise or the Death Star, it can still pull objects a million times larger than previous tractor beam designs that specialize in pulling or sorting particles, and it works with a billion times more force.

The practical uses for such a device include medical applications and cancer treatment. For example, using this technology, a capsule could be gently moved towards the site of a tumor and strategically released.

NASA, on the other hand, has been working with tractor beams for a few years now. Back in 2011, NASA’s Office of the Chief Technologist (OCT) received a relatively large grant to study and develop three methods of using lasers to collect particles, trap them, and deposit them were needed for analysis. The process is nearly identical in use to Star Trek’s tractor beam. However, these tractor beams at this time can only manipulate small particles.

*Illustration of a spaceship via Shutterstock