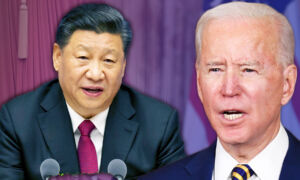 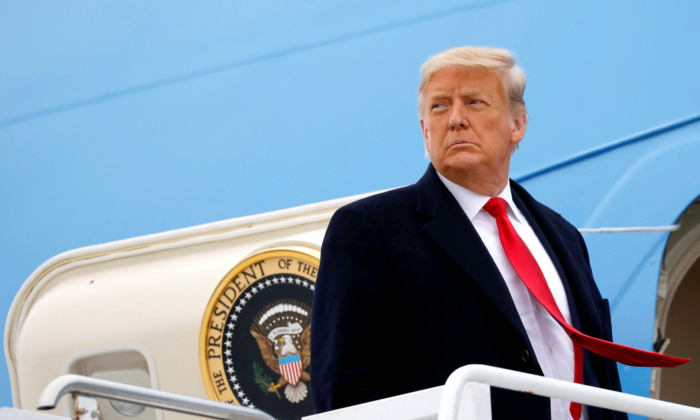 “We respect their request and of course will accommodate it. Conversations with the relevant parties about the structure of the trial continue,” said Justin Goodman, a spokesman for Schumer, to CNN and the Washington Examiner on Saturday.

A letter from Trump attorney David Schoen that was obtained by various news outlets said that he is requesting that the trial be paused at 5:24 p.m. on Friday and then reconvene on Sunday for Sabbath.

“I apologize for the inconvenience my request that impeachment proceedings not be conducted during the Jewish Sabbath undoubtedly will cause other people involved in the proceedings,” Schoen said in the letter to Schumer, Senate Minority Leader Mitch McConnell (R-Ky.), and Sen. Patrick Leahy (D-Vt.), the president pro tempore of the Senate, according to news reports. “The practices and prohibitions are mandatory for me, however; so, respectfully, I have no choice but to make this request.”

The Epoch Times reached out to Schoen’s office for comment. It’s not clear how the Senate will honor Schoen’s request.

The Senate impeachment trial is scheduled to start next week. Last month, the House of Representatives impeached Trump for allegedly inciting an insurrection.

Trump, for his part, said that he did not issue any calls for violence during the Jan. 6 Capitol riots. In his speech on Jan. 6, Trump called on supporters to “peacefully and patriotically” make their voices heard during the Joint Session of Congress.

Both Republican and Democratic lawmakers have publicly stated that they want a speedy trial, with Republicans decrying it as a partisan exercise that will lead nowhere. Democrats have said they want to push President Joe Biden’s agenda forward.

Last month, during a procedural vote, 45 Republican senators voted against holding the trial, suggesting that the former president will not be convicted—as the Senate requires 67 votes for a conviction.

Lawyers for Trump last week noted they will use videos of Democrat elected officials making statements that they claim incited violence during last year’s riots.

“Many of them [Democrats] in Washington using really the most inflammatory rhetoric as possible to use,” Trump lawyer Bruce Castor told Fox News. “But here when you have the president of the United States give a speech and says ‘you should peacefully make your thinking known to the people in Congress,’ he all of a sudden the villain. So you better be careful what you wish for.”

His lawyers also said they will argue that the impeachment trial is unconstitutional because Trump no longer holds office and will say that his speech was protected under the First Amendment.