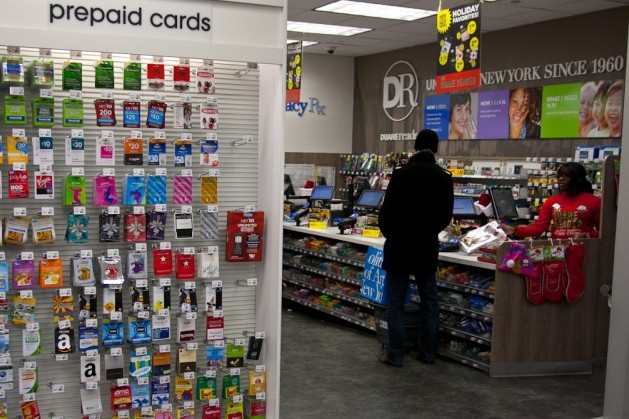 NEW YORK—Sen. Charles Schumer warned consumers on Sunday of a new gift card scam that could have the card balances spent before the recipient ever uses them. The scam is possible because many gift cards are left unattended and exposed on store racks.

Scammers record the card numbers and access codes. Then they repeatedly try to use the numbers to make purchases online. Once a purchase goes through, they know the card has been activated and use up the remaining balance.

“Gift cards are wildly popular gift options and stocking stuffers for Christmas,” Schumer stated in a press release. “The last thing we want is for someone on Christmas morning to be excited about their gift only to find out days later that some scammer has already used the card, leaving you with a worthless piece of plastic.”

Most gift cards have the account number exposed and a separate pin code coated with a scratch-off film. Consumers should check if the pin code has been scratched off before purchasing a card.

Schumer said that there is no uniform packaging for cards. GAP, Banana Republic, and Old Navy affix their gift cards to a piece of paper backing, making the card information easily accessible without the need to rip packaging. iTunes cards have no pin codes and conceal the account number with a scratch-off film. Best Buy gift cards are packaged in paper and require opening to access the pin number.