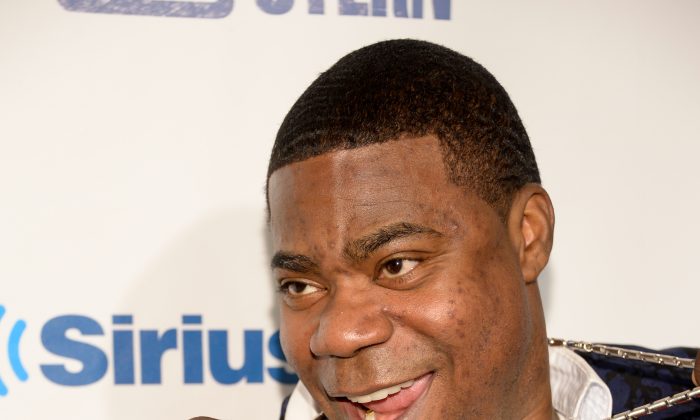 NEW YORK—Fatigue causes thousands of traffic crashes every year, according to a national study, and Senator Charles Schumer says that federal authorities have delayed regulations to curb this for four years too long.

“We can’t rely on the companies to set the rules themselves,” Schumer said Sunday.

Schumer has written a letter to the federal Department of Transportation, asking for the rules to be in place in two months.

The senator’s request comes on the heels of the recent truck crash which injured comedians Tracy Morgan, Ardie Fuqua, Harris Stanton, Jeffrey Millea, and killed James McNair. Morgan is stable but still in critical condition, his publicist said Thursday. Stanton is the only one who has been released from the hospital.

Schumer’s recommendations include installing black box-like devices in trucks to track drivers’ hours and raising the minimum amount of insurance truck companies have to buy.

In 2012, there were 330,000 crashes involving large trucks, resulting in over 104,000 injuries and nearly 4,000 fatalities, according to the National Transportation Safety Board (NTSB). According to a 2006 Federal Motor Carrier Safety Administration (FMCSA) study, 13 percent of truck drivers involved in crashes were considered to be fatigued at the time of the crash.

The chauffeured van Tracy Morgan was in had collision-warning technology and blind spot sensors. But none of that helped as the driver of a Wal-Mart truck drove into the van after having only slept four hours after a 37.5-hour drive.

Truck drivers are required to work no longer than 11 hours a day with a half-hour break, totaling no more than 70 hours per week. But the hours are currently logged by hand, and subject to fabrication by either the driver or company.

In 2010, FMCSA proposed adding black-box like devices to track the trucks at all times. The rule was delayed several times and at the latest FMCSA was asked to make sure there were no privacy violations, and the agency projects the earliest ELDs will be required to be sometime next year.

A number of trucking associations and unions have already voiced their support for ELDs, including the Commercial Vehicle Safety Alliance, International Brotherhood of Teamsters, and the American Trucking Association.

“Get this done once and for all,” Schumer said. “To have a rule like this that affects the truck drivers themselves and every motorist on the road, languishing for four years, it’s just too much.”

In April, FMCSA released the results of an insurance study and determined that rates should be raised. About 3,300 annual truck collisions have damage totals that exceed the current minimum $750,000 in liability coverage. The minimum has not been raised in about 30 years.

“If a trucking company has to pay for insurance, they may well make sure that their trucks’ drivers are complying with the rules,” Schumer said.