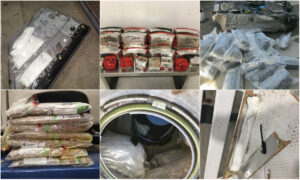 Amid Opioid Epidemic, a Meth Crisis Is in the Making
0 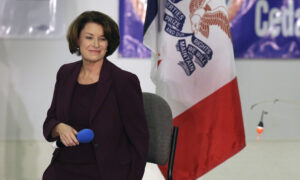 Warren's Medicare for All Plan Would Kick 149 Million Americans Off Their Health Insurance: Klobuchar
0 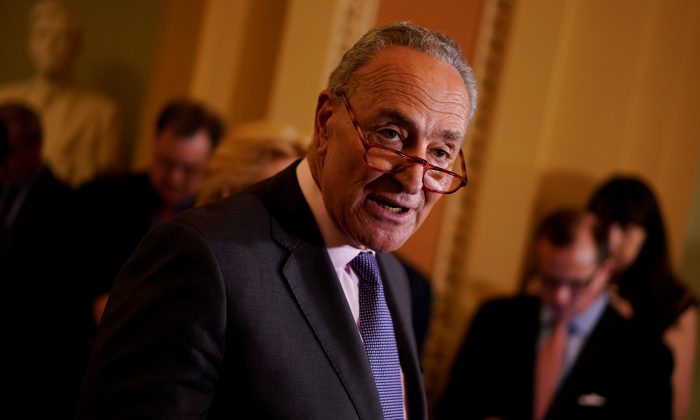 Senate Minority Leader Chuck Schumer (D-N.Y.) blocked a bill that would lower prescription drug costs, arguing that a measure that addresses other health care issues would be better.

Sen. John Cornyn (R-Texas) wanted a bill he co-sponsored with Sen. Richard Blumenthal (D-Conn.) to be passed unanimously on Nov. 13, but Schumer blocked the measure by objecting to Cornyn’s request for a unanimous vote.

Schumer said he didn’t oppose the bill’s substance, but accused Cornyn of playing a “little game” to try to get his bill passed when action on additional issues in health care was being blocked by Republicans, according to The Hill.

“We have a whole lot of legislative ideas, not just his,” Schumer said on the floor. “His party blocks everything that would have far larger consequence.”

Schumer said there were better legislative options than Cornyn’s bill, including one introduced by Sens. Chuck Grassley (R-Iowa) and Ron Wyden (D-Ore.).

Cornyn responded by saying Schumer’s blocking of the measure was “what people hate about Washington.”

“My bill is not going to sink the prospects of that larger package of legislation,” Cornyn said.

“I’m not going to agree to price-fixing by the U.S. government,” he added about another measure Schumer cited, which would let Medicare negotiate drug prices.

Senator Blumenthal and I introduced a noncontroversial, bipartisan bill that passed the Judiciary Committee unanimously. This bill is meant to lower drug prices, but Senator Schumer keeps playing partisan games and is blocking it. This needs to stop. pic.twitter.com/ZhkFT7ZMJg

That bill isn’t supported by any GOP members, unlike his bill, Cornyn said. Blumenthal joined Cornyn on the floor to ask Senators to pass the bill.

Cornyn took to Twitter to blast Schumer, writing: “Senator Blumenthal and I introduced a noncontroversial, bipartisan bill that passed the Judiciary Committee unanimously. This bill is meant to lower drug prices, but Senator Schumer keeps playing partisan games and is blocking it. This needs to stop.”

In a statement on Tuesday on the Senate floor, Cornyn said: “Senator Schumer is blocking this bill from passing in the Senate. He’s blocking one of his own members’ bills and one to lower prescription drug prices, of all things. While the American people suffer from the crush of high costs at the pharmacy, he stonewalls. And it’s to the detriment of just about everybody, except one group: the army of special interests who have been fighting my bill since day one when it has been introduced.”

The bill, known as the Affordable Prescriptions for Patients Act of 2019, would “amend the Federal Trade Commission Act to prohibit anticompetitive behaviors by drug product manufacturers.”

It would let the commission sue drug companies over deceptive practices and is projected by the Congressional Budget Office to lower federal spending by $507 million over a decade.