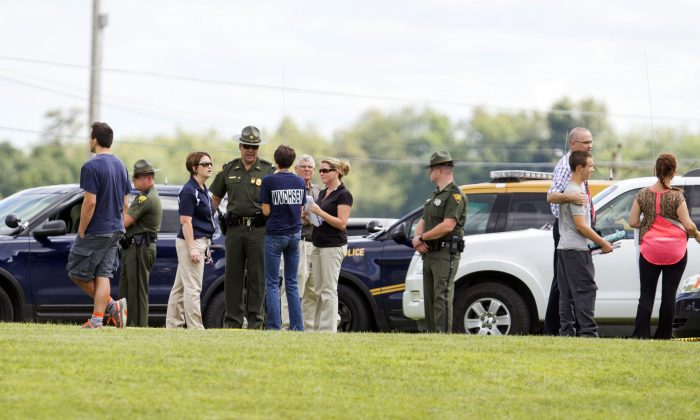 Schools Closed for 2nd Day Amid Manhunt in Rural Kentucky

“We still feel that student safety is compromised somewhat with this unique situation,” Biggerstaff said.

The 62-year-old Cook was believed to be on foot after a Saturday shootout with a Kentucky state police trooper. Cook was last seen in the hilly, wooded countryside in Cumberland County, which borders Tennessee.

Cook is charged with attempted first-degree murder in Tennessee for allegedly shooting and wounding a police officer Saturday. Authorities say the officer’s life was saved by his bulletproof vest.

Cook is accused of opening fire later Saturday at the Kentucky trooper, who wasn’t wounded.

“He’s as dangerous as they come,” said Kentucky State Police Trooper Billy Gregory. “I would say anyone that has any contact with him is in danger.”

The Tennessee Bureau of Investigation added Cook to its Top Ten Most Wanted list and described him as armed and dangerous.

He was convicted of a series of crimes including rape, burglary, robbery, assault and riot in Kentucky in the 1970s and 1980s, according to state corrections department records. Cook was convicted of raping a 19-year-old in Marion County in 1971, records showed. He was required to register as a sex offender and remain on parole for the rest of his life.

Cook was indicted in July on charges of first-degree trafficking in methamphetamine and tampering with physical evidence, according to Hardin County court records in Kentucky. He was scheduled for arraignment in August but did not appear. A warrant was issued for his arrest and remains outstanding.

He listed an address in Lebanon, Kentucky, on his sex offender registration form.

Several months ago, the Marion County Sheriff’s Office, making routine checks on the sex offenders in the county, discovered he was no longer living there, said Sheriff Jimmy Clements.

Deputies there took out a warrant for his arrest and started searching for him. They discovered he was living at an address in the tiny town of Raywick, Kentucky. They staked out the home but were never able to catch him.