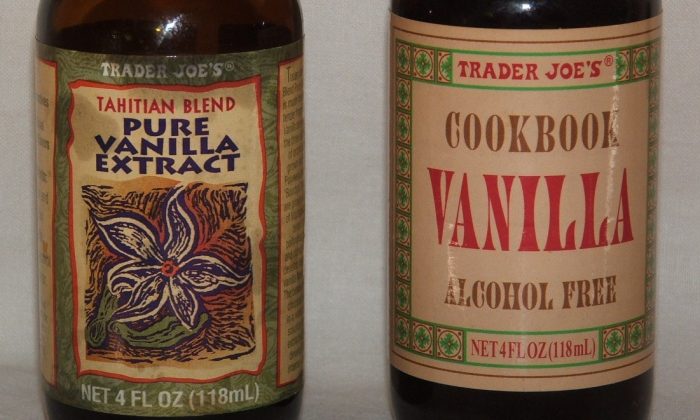 A high school in Atlanta has shared a warning to parents that students have been drinking vanilla extract to get drunk.

“This is not [an] indictment of Trader Joe’s at all but parents please be aware that this product contains 35% alcohol and we have discovered that some students have consumed this intoxicant. Another thing to keep an eye out for,” states the post.

According to AJC, some high school students were purchasing the vanilla extract at a Trader Joe’s across the street from the high school and pouring the extract into their Starbucks coffee as a way to get buzzed.

At least one of the students, who became intoxicated from drinking the vanilla-spiked coffee, had to go to the emergency room, the school told the news website.

“They are pouring into Starbucks coffee right next door to Trader Joe’s. We had a student that went to ER and had a .97 alcohol level drinking the stuff. We are turning into First Responders,” the school wrote in a Facebook comment.

Vanilla extract is made by steeping vanilla pods in alcohol and is a baking staple sold in most grocery stores. According to the Food and Drug Administration, the content of ethanol—the kind of alcohol commonly consumed as a recreational drink—in pure vanilla extract is “is not less than 35 percent by volume.” It’s just a little less than the ethanol content of vodka.

A high school in Atlanta says some students are buying bourbon vanilla extract at the grocery store, mixing it with coffee they buy at Starbucks, and walking to school with a buzz. https://t.co/mCCu5Zo08G

Getting drunk on vanilla extract is not a new phenomenon. In one notable case in 2004, a 16-year-old boy became intoxicated from drinking synthetic vanilla extract containing 35 percent alcohol content at school after being dared by his friends.

Many social media users on the AJC Get Schooled Facebook page said they were aware of people consuming flavored extracts to get drunk.

“My grandmother ran a corner store in Maine in the 1950s. That was how the local alcoholics got their fix on Sundays. The store would be open for a few hours on Sunday afternoons, and they would buy vanilla extract to get themselves through until Monday when they could shop the liquor store,” one user wrote.

Another said staff at Trader Joe’s in his area is aware of the problem. He wrote: “At least the Trader Joe’s staff is aware of it. I bought a bottle of the alcohol-free extract last week at this store and the cashier told me they were watching sales of vanilla carefully because of this issue. Also, what a truly expensive way to get a little bit of alcohol.”

“Drinking Vanilla extract as alcohol is nothing new. Back in my high school days kids made “super vanilla” ice cream,” another social media user wrote.

In another recent case, police said a Connecticut woman was arrested for DUI after becoming drunk on vanilla extract in January this year. Stefanie Warner-Grise, 50, was allegedly sitting with her eyes closed in her car that was blocking an intersection. There were several empty bottles of vanilla extract in her car.

“Upon speaking with Warner-Grise, officers detected an odor of vanilla coming from her breath, her speech was slurred and she was unable to answer basic questions,” the police report said.

After Warner-Grise failed several sobriety tests, she was taken into custody where she refused to blow into a breathalyzer. She was held on a $250 bond until her court date the next day.