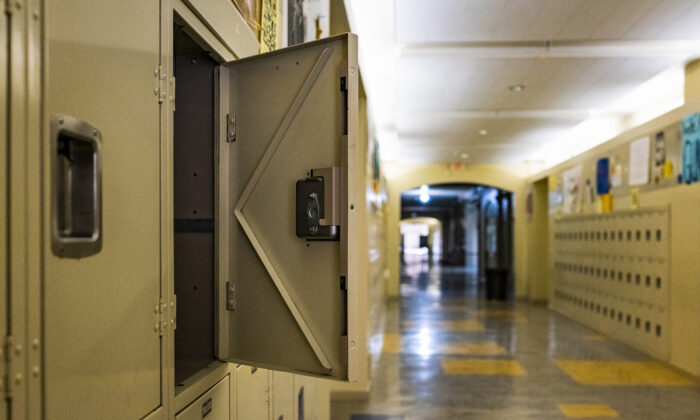 Millions of California schoolchildren will remain in the state’s failing government schools. That’s because the California School Choice Initiative flunked its bid to gain enough signatures by the April 11 deadline to make it onto the November ballot. Only about 20 percent of the nearly 1 million required signatures were gathered.

It would have provided $14,000 for each student to go to a public, charter, private, parochial, or home school, as chosen by parents.

“Putting a comprehensive education savings account measure on the ballot would have exceeded all other school choice programs in the nation and could have revolutionized education in California,” Lance Christensen told me; he’s vice president of education policy and government affairs at the California Policy Center, the major force behind the initiative. “Unfortunately, the effort to get ESAs on the ballot failed because there just wasn’t enough money to make it happen despite the best intentions and grassroots volunteer efforts.”

Initiatives like this usually need major backing by several millionaires, which just didn’t happen. That’s because teachers’ unions will do everything they can to prevent passage of any reform, as happened to previous school-choice initiatives in 1993 and 2000. I remember those as bruising battles the unions stopped at nothing to defeat. This time, the millionaires didn’t want to waste their money.

“It makes everything equal and fair,” the initiative’s backers promised. “The key is the direction of state education tax dollars into the hands of parents. That funding follows the student without conditions, mandates, or means testing. Every California family and every California student is treated equally.”

Especially harmed will be poor and minority children, still stuck in the worst schools because the unions continue blocking such reforms as merit pay for teachers. That would pay the best teachers to improve the worst schools. Parents currently can choose among dozens of car brands. Why can’t they do so for something far more important, their children’s futures?

School choice also would have lessened controversies of curriculums on such matters as gender and critical race theory. If parents didn’t like what a child was taught in School A, they could take the $14,000 tuition money to School B.

“The case for more parental control in our children’s education couldn’t be any more self-evident than it has been over the last two years,” added Christensen, currently running to be the state’s superintendent of public instruction. “I’m optimistic that this is just one slight delay in adding parents back into California’s education equation. It simply takes unwavering leadership and vision.”

Fortunately there are other, more positive developments in California education, because parents aren’t just letting their kids’ futures be ruined. California Department of Education (CDE) data released April 11 showed public school enrollment dropped 1.8 percent, or 110,000 for the 2021-22 school year now ending. That was on top of a 161,000 drop for the 2020-21 school year.

According to the CDE, “The annual snapshot of fall enrollment shows a fifth year of decline as the state emerges from two challenging years of the COVID-19 pandemic. … These declines began prior to the pandemic and are projected to continue into the future in California.”

Senate Bill 830 was introduced by state Sen. Anthony Portantino (D-La Cañada Flintridge). It would pay for “outreach strategies to reengage” students with “outreach barriers” during the pandemic.

Assembly Bill 1640 is by Assemblyman Al Muratsuchi (D-Torrance), which would increase the base grants to amounts equal to the national average per-pupil funding level.” The bill’s exact wording isn’t yet available on the legislature’s website. But Gov. Gavin Newsom’s Jan. 10 proposed budget for fiscal year 2022-23, which begins on July 1, included more than $20,000 for each student. What more possibly could be needed?

And as to both bills, if enrollment is going down, and Proposition 98’s requirement of 40 percent of general-fund spending going to K-12 education remains in effect, doesn’t that mean per-pupil spending automatically will go up? Or are the schools teaching that “new math” nonsense again?

Bay Area schools in particular are seeing a major exodus of students. “More and more, families in the Bay Area are shunning the public schools in favor of charter, private or home schools,” reported the San Jose Mercury News. Rich, middle class, and poor families are exiting. “Many are sticking with the alternative schooling options that worked for them during last year’s school closures at the height of the COVID-19 pandemic.” (Technically, charter schools are public schools, but with much less bureaucracy.)

One sad case: “After moving to a nearby neighborhood, Melody Hall looked forward to her son Kai, 11, who has autism, going to a Cupertino elementary school in August 2021.

“But she said he was frequently bullied so she enrolled him in a virtual charter school and also home schools.

“‘Here I’m very safe and I don’t have to worry about that guy anymore,’ Kai said while sitting his room in front of a laptop on a desk filled with an ant farm, a calendar with his homeschool assignments and Legos.”

In Reddit comments on the story, one parent wrote, “My kids attended a Bay Area school that their father attended over 40 years ago and not a damn thing has been upgraded and the kids still eat lunch on the ground outside.”

An alum wrote: “I got my older brother’s textbook who was 10 years older then me. Half the pages were drawn on and messed up in some way too. Luckily most of the homework had the answers penciled in, meaning no staff ever looked at the book in 10 years.”

With the demise of the School Choice Initiative, the only remaining way to survive California public schools is to leave them.