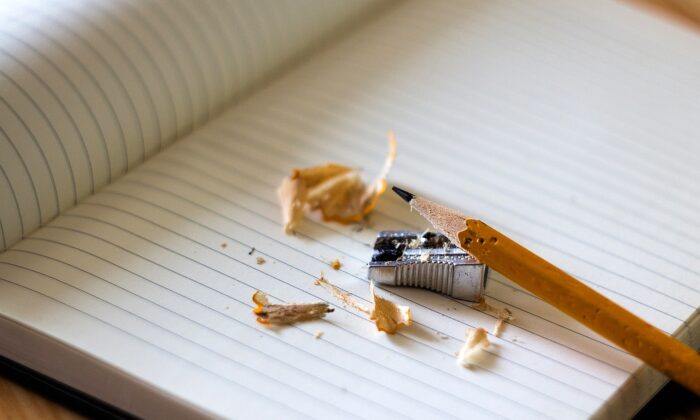 School Board Meetings Show Only That Freedom Is Messy

PITTSBURGH—Twenty years ago, Paul Carson said he never would have hesitated to speak out at a school board meeting about any issue affecting his children’s education.

But one day, that changed. “I just don’t do it,” Carson told me. A physician who practices medicine in an urban Pittsburgh hospital, Carson said it has nothing to do with his being 20 years older. “It has everything to do with the culture we are navigating.”

Anyone, he said, can take a video of what you say, edit it to his or her advantage, then post it on social media. Or they can just simply claim on social media that you are racist or extremist because you express an opinion outside the sensitivities of the cultural curators who define what is acceptable and what is not in our country.

When Carson used a media platform in discussions about school district issues, as he did last year when the children in the Pittsburgh public schools went for months without in-person education, he said he had to be “profoundly cautious” in expressing his views.

School board meetings have been around forever, and they have always had the potential to become raucous. I remember attending them with my mother as a teenager, then as a mother myself when my children were young. I also had to attend a few as a reporter for the local newspaper I worked for at the time. Emotions often ran high, as they should when children’s welfare is involved. Good parents never lose sight of the fact that the people who educate their children spend more of the day with them in a classroom setting than parents themselves do. Emotions also ran high when new buildings were proposed, which always eventually meant higher taxes.

I have often told young reporters that if they want to see firsthand the most important political process in the U.S. system, they should turn off cable news, get off the iPhone, turn their eyes away from Washington and cover a local school board meeting.

No one should accept threats or physical violence at a school board meeting or anywhere else. But such conduct is fortunately rare. The question today is, can we trust our government to distinguish between the actual threat of violence and the passionate expression of viewpoints by parents?

That question became a reality this week when Attorney General Merrick Garland issued a memo suggesting a nationwide federal crackdown on parents at school board meetings. And the answer from parents like Carson is, “Absolutely not.”

Garland made his decision under pressure from the National School Boards Association. Its interim director responded by saying Garland’s memo sends a “strong message to individuals with violent intent who are focused on causing chaos, disrupting our public schools, and driving wedges between school boards and the parents, students, and communities they serve.”

Freedom is messy. Our discussions about things that matter to us, such as our children, are chaotic, disruptive and, yes, divisive. They drive wedges—that’s a feature, not a bug.

In the past few months, parents across the country have become frustrated with extremist curriculum choices that their school boards are making. In response, they have done what Americans have done for generations—show up at school board meetings to voice their concerns.

In many cases, their concerns cross traditional political, racial, and socioeconomic lines and are at odds with the Biden administration.

Garland is now using the FBI against parents on the grounds that school board members feel threatened. But what does “threatened” look like? Is it someone yelling at you? Disagreeing with you? Holding an opposing opinion? Who is defining those threats?

This memo wasn’t just designed to target those who would commit violence. It was also clearly designed to stop regular people with real concerns from voicing those concerns because of the fear anything they say will deem them a domestic terrorist, which would destroy their personal, community, and professional lives.

It is downright chilling to think that there are parents out there who are worried that they are going to end up on a government list or under some type of government scrutiny if they decide to go into a school board meeting to give a public comment on an issue.

Eighty years ago, dairy farmer Jim Edgerton stood up at a town hall meeting in his hometown of Arlington, Vermont, to voice his disagreement with the town councilors’ decision to build a new school. Edgerton was the only person at the meeting or in town who objected to the proposed building.

His opposition was mostly unremarkable, but he held his ground, nonetheless. No one would have known about it had not Norman Rockwell, a newcomer in town, been there.

As he watched Edgerton exercise his freedom of speech, the famous illustrator of Americana could not stop thinking about the State of the Union address President Franklin D. Roosevelt had delivered on Jan. 6, 1941, in which he warned that the values and liberties the public took for granted were under attack. Rockwell would go on to illustrate that moment, making Roosevelt’s words relatable by depicting them in use in small-town America.

It is inconceivable that the federal government today wants to squash that freedom through vague rules and intimidation. Garland seems to be making the calculation that the Jim Edgertons of this world will cower under the concern the government is watching them.

In the beginning, maybe they will. But in the long run, the air of intimidation probably won’t last. There comes a point when those feeling the threat go from being on the fringe of society to being the majority.