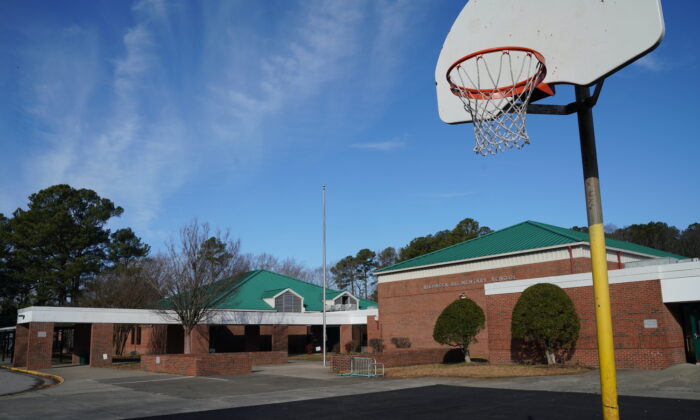 The Virginia elementary school teacher who was shot by a student in a classroom earlier this month is suing her school district, which she alleged could have done more to prevent the shooting.

Following the announcement of the lawsuit, the Newport News Public Schools school board on the same day voted 5–1 to fire its superintendent, Dr. George Parker III.

The victim of the incident, Abigail Zwerner, is a teacher at Richneck Elementary School in Newport News, Virginia. She was critically injured in the chest on Jan. 7 when a 6-year-old student brought a gun into a classroom and intentionally fired the weapon at her. No students were hurt.

Diane Toscano, an attorney for Zwerner, alleged that the school administration “could not be bothered” to respond despite being warned several times that the boy had a gun with him at school.

“This should have never happened. It was preventable and thank God Abby is alive. But had the school administrators acted in the interest of their teachers and their students, Abby would not have sustained a gunshot wound to the chest,” Toscano said at the Jan. 25 press conference announcing the lawsuit.

“On that day, over the course of a few hours, three different times—three times—school administration was warned by concerned teachers and employees that the boy had a gun on him at the school and was threatening people. But the administration could not be bothered,” Toscano said.

Specifically, according to the lawyer, Zwerner first went to an administrator at around 11:30 a.m. on the day of the shooting and told him the boy had threatened to beat up another child.

About an hour later, another teacher went to an administrator and said she didn’t find a gun in the boy’s schoolbag but warned that she believed the boy had put the gun in his pocket before going outside for recess, Toscano said.

“The administrator downplayed the report from the teacher and the possibility of a gun, saying—and I quote—’Well, he has little pockets,'” Toscano said.

The third warning came after 1 p.m., when a different teacher told administrators that a student who was “crying and fearful” said the boy showed him a gun during recess and threatened to shoot him if he told anyone, according to Toscano.

About an hour before the shooting, a fourth employee who heard that the boy might possess a weapon asked the administrator for permission to search him, but was denied, said Toscano. “He was told to wait the situation out because the school day was almost over,” she said.

“Were they not so paralyzed by apathy, they could have prevented this tragedy,” the lawyer said, adding that her client is recovering, “but the road to recovery will be long” and “the psychological scars will be lasting.”

A spokesperson for Newport News Public Schools said in a statement that they cannot comment on those allegations while the investigation is still ongoing.

The family of the 6-year-old child, whose identity remains undisclosed, said last week that their son “suffers from an acute disability and was under a care plan at the school that included his mother or father attending school with him and accompanying him to class every day.”

“The week of the shooting was the first week when we were not in class with him. We will regret our absence on this day for the rest of our lives,” the family said in a statement. “Since this incident, our son has been under hospital care and receiving the treatment he needs.”

“Our heart goes out to our son’s teacher and we pray for her healing in the aftermath of such an unimaginable tragedy as she selflessly served our son and the children in the school,” they added.

“She has worked diligently and compassionately to support our family as we sought the best education and learning environment for our son. We thank her for her courage, grace and sacrifice.”