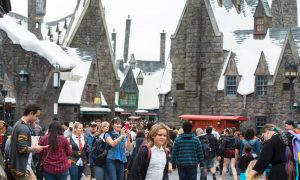 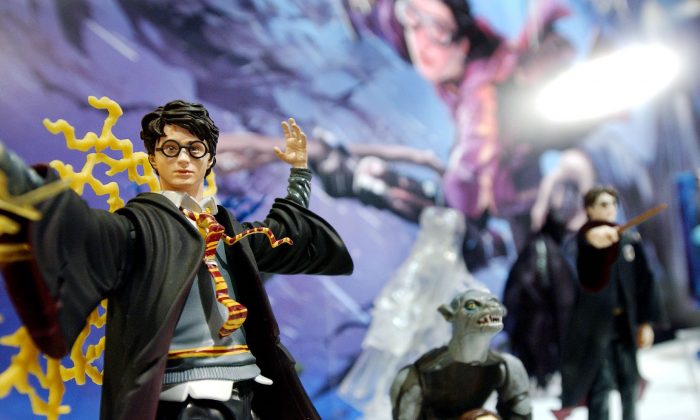 Mattel's Harry Potter action figures are displayed at the Mattel showroom at the 2004 Toy Fair in New York City on Feb. 15, 2004. (Stephen Chernin/Getty Images)
US News

A Tennessee school has removed the Harry Potter series from its library after its priest concluded students who read the books could conjure evil spirits.

Rev. Dan Reehil of Nashville’s St. Edward Catholic School said he was recommended by U.S. exorcists to take the seven-book series off the school’s library shelves because of how they presented magic.

Reehil said he believes the spells in the series are real, and readers could be harmed by reading them.

“These books present magic as both good and evil, which is not true, but in fact a clever deception,” the priest wrote in an email obtained by The Tennessean.

“The books also glorify acts of divination; of conjuring the dead, of casting spells among other acts that are an offense to the virtue of religion—to the love and respect we owe to God alone,” he continued, reported Fox17.

“Many reading these books could be persuaded to believe these acts are perfectly fine, even good or spiritually healthy.”

He added that the books, which he believes present “a possible threat to our faith,” will not be promoted by the Nashville school or church.

“St. Edward is committed to advancing the Catholic faith and teaching the standards of sound doctrine to instill strong Catholic moral values,” he wrote.

The Catholic Diocese of Nashville’s superintendent of schools, Rebecca Hammel, told The Tennessean that the priest has the final say in the matter at his school.

“Each pastor has canonical authority to make such decisions for his parish school,” she said. ”He’s well within his authority to act in that manner.”

Reehil notified parents of the ban in an email, Hammel explained.

She added that the Catholic Church does not hold an official stance on the Harry Potter books, which were written by J.K. Rowling and published between 1997 and 2007. Over 500 million copies have been sold to date.

“Should parents deem that this or any other media to be appropriate we would hope that they would just guide their sons and daughters to understand the content through the lens of our faith,” she said.

“We really don’t get into censorship in such selections other than making sure that what we put in our school libraries is age-appropriate materials for our classrooms.”

As far as Hammel is aware, the books have not been removed from other school libraries within the diocese.

The removal of the Harry Potter books in Nashville’s St. Edward Catholic School is the latest in a long line of bans of the best-selling books based on religious grounds.

The series has been removed from school library shelves in the United Arab Emirates since 2002, while the Philippines, Saudi Arabia, and Malaysia hold similar bans.

The Harry Potter series was listed by the American Library Association (ALA) as the most banned and challenged books out of a list of “Top 100 Banned/Challenged Books” between 2000-2009.

Meanwhile, in 2001 and 2002, the Harry Potter books were listed as number one of the top 10 most challenged books, according to ALA, which analyzed records from the Office for Intellectual Freedom.