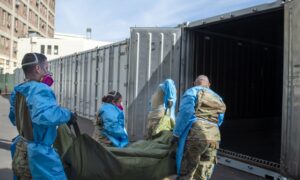 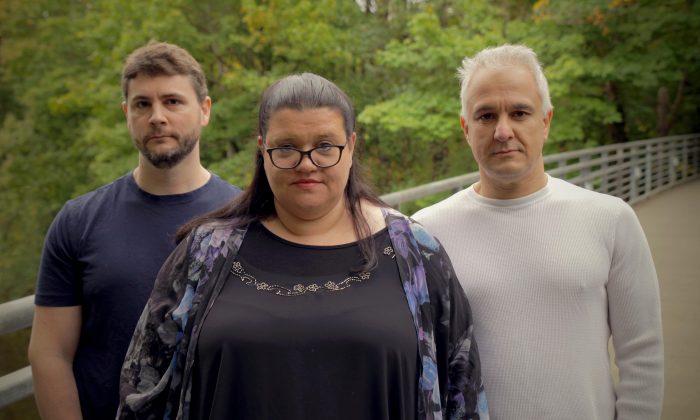 Three academics rewrote parts of Adolf Hitler’s book “Mein Kampf,” infused it with far-left buzzwords, and made it a major part of an intentionally absurd “research paper.” And a notable feminist-oriented journal accepted it for publication.

The paper was a part of a broader effort by academics James Lindsay, Peter Boghossian, and Helen Pluckrose to expose political bias in humanities research fields such as race, gender, and sexuality, according to a press release.

“Although purposely biased and satirical, our papers are indistinguishable from other work in these disciplines. This is a big problem as this scholarship is taught in universities, taken up by activists, and misinforms politicians and journalists about the true nature of our cultural realities,” Boghossian, an assistant philosophy professor at Portland State University, said in the release.

“Each paper began with something absurd or deeply unethical (or both) that we wanted to forward or conclude,” they wrote in an Oct. 2 essay.

Seven of the papers were accepted for publication and four were already published, they say, also estimating three to five more papers would have probably been accepted if they hadn’t stopped their experiment.

The authors were forced to cut their experiment short after their “dog park” paper caught the attention of the Twitter account, Real Peer Review, a platform dedicated to exposing shoddy research. After some ridicule of the paper on social media, the press picked up the story and one of the false identities used by the authors was exposed.

“After having spent a year immersed and becoming recognized experts within these fields, in addition to witnessing the divisive and destructive effects when activists and social media mobs put it to use, we can now state with confidence that it is neither essentially good nor sound,” they stated.

One of the papers was titled “Human Reactions to Rape Culture and Queer Performativity in Urban Dog Parks in Portland, Oregon.” It presented dog parks as “rape-condoning spaces and a place of rampant canine rape culture and systemic oppression against ‘the oppressed dog’ through which human attitudes to both problems can be measured.”

The paper went as far as suggesting training men like dogs as a way of “interrupting masculinist hegemonies.”

The paper was published in Gender, Place & Culture: A Journal of Feminist Geography.

In fact, the journal honored it as one of 12 leading pieces in feminist geography as a part of its 25th-anniversary celebration.

A spokeswoman for the journal said it has already issued an expression of concern about the paper and that a “retraction for this paper was already in progress before this hoax was revealed, and it has now been removed from the scholarly record,” she said.

“We checked the entire submission, peer review and production history of the paper. The journal editor carried out standard checks, including checking for the author’s online presence. What this has revealed was that this was a sophisticated hoax and we will be working with our journal editors to provide guidance on how to spot the hallmarks of hoax submissions, and which steps to follow should they have any suspicions on an individual paper.”

She failed to mention, though, that the journal only issued the Expression of Concern after the paper was mocked on social media and its fictional author was probed by The Wall Street Journal.

Empress Has No Clothes

In another shenanigan, one of the authors took a few “poems” from a website that automatically generates imitation teenage poetry. After some tweaking, the author interspersed the poems “with self-indulgent auto-ethnographical reflections on female sexuality and spirituality” and it was accepted by Journal of Poetry Therapy, under the name “Moon Meetings and the Meaning of Sisterhood: A Poetic Portrayal of Lived Feminist Spirituality.”

The entire 11-page paper was created within six hours by Lindsay, a man with a doctorate in mathematics.

The goal was to “see if journals will accept rambling nonsense if it is sufficiently pro-woman, implicitly anti-male, and thoroughly anti-reason for the purpose of foregrounding alternative, female ways of knowing.”

The journal’s editor, Nicholas Mazza, confirmed in an email to The Epoch Times the article went through peer review and was accepted for publication.

“I immediately withdrew the article after learning (through a journalist at The Wall Street Journal) the author was a fraud,” said Mazza, dean and professor emeritus at College of Social Work, Florida State University.

“Although a valuable point was learned regarding authenticity of authorship and manuscripts, it should be noted that the authors of the ‘study’ clearly engaged in flawed and unethical research practice.”

The “Mein Kampf” paper plagiarized portions of Chapter 12 of Volume One of Hitler’s anti-Semitic ramblings, in which he lays out why he believed the Nazi Party was needed and what it required of its members. But the paper replaced references to Jews and national socialism with words like “privilege,” “feminism,” and “oppression.” It even managed to back up some of the claims with existing postmodern literature.

“It therefore must be repeatedly pointed out that privilege always seeks to preserve itself (Bailey, 2014, 2017; Dotson, 2014). Privilege, therefore, always pushes back. This is often through (inadvertent) dishonesty of willful or strategic ignorance (Bailey, 2017; Dotson, 2011), so much so that even the occasional truth that comes out against liberation is mainly intended to cover a greater falsification and thus acts as a tool of untruth or epistemic exclusion/oppression (Dotson, 2014),” the paper stated.

It was a rewrite of Hitler’s “It must, over and over again, be pointed out to the adherents of the movement and in a broader sense to the whole people that the Jew and his newspapers always lie and that even an occasional truth is only intended to cover a bigger falsification and is therefore itself in turn a deliberate untruth.”

The paper was accepted for publication in Affilia: Journal of Women and Social Work. Its publisher, SAGE Journals, didn’t respond to a request for comment.

All papers were submitted under false names and made up institutions, such as “Feminist Activist Collective for Truth.”