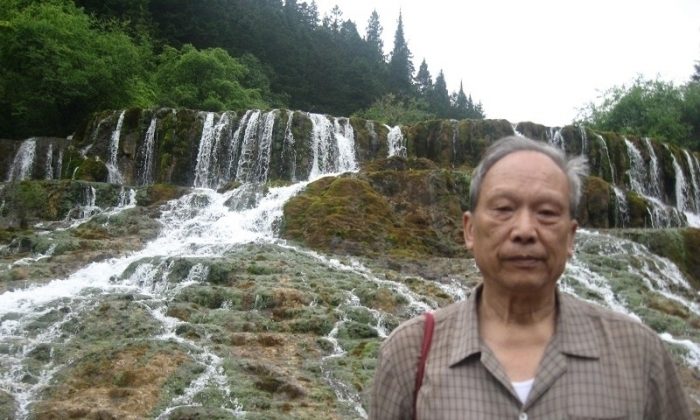 Lu Jiaping, a Beijing scholar, has been released on medical parole. In an open letter in 2009, Lu denounced former Communist Party head Jiang Zemin for having assumed a fabricated identity (NTDTV)
China

Scholar Who Named Jiang Zemin a Traitor Released From Prison

When a Beijing scholar wrote an open letter calling out the regime’s former paramount leader as a traitor, he was basically making himself a target.

Lu Jiaping, the Beijing scholar and a member of the Chinese Research Society on the History of World War II, wrote an open letter with his real name in Dec. 2009, accusing Jiang Zemin of having assumed a falsified identity.

And on May 13, 2011, Lu was sentenced to ten years in prison on a charge of “inciting subversion of state power” by the Beijing No. 1 Intermediate People’s Court.

Many Chinese dissidents have been put behind bars by the Chinese regime on the ambiguous charge of subversion of state power, including, for instance, Hu Jia, a campaigner for civil rights, environmental protection, and AIDS advocacy inside China.

Suffering from high blood pressure, Lu was sent to a civilian hospital on Feb. 4 after his health began to deteriorate, according to his son Yu Haochen.

Now, just two days before the celebration of the Lunar New Year, Lu was released on medical parole and was reunited with his family at 6 p.m. on Feb. 17.

In Lu’s Dec. 5, 2009 open letter, he explained that Jiang’s biological father was a traitor. Jiang had sought to distance himself from his father by claiming his uncle, who was a Communist Party martyr, had adopted him when he was 13. In fact, his uncle was deceased at that time. Jiang Zemin’s actual father, Jiang Shijun, was a high-ranking officer in the anti-China propaganda department of the Japanese army when Japan invaded China, according to Lu.

What’s more, Jiang Zemin had pretended to be an underground party member before the Chinese Communist Party finally took power in 1949, but had not been.

According to Lu, Jiang had also concealed that he was a spy working for the Soviet Union. And it was the fear that such history would be leaked by the Russians that made Jiang agree to part ways a huge territory 40 times the size of Taiwan, when Russia asked that a land dispute between the two nations be settled.

A previous Epoch Times report detailed how Jiang secretly joined the KGB Far East Bureau back in the 1950s when he was studying in Moscow.

“My father must see to the end the person he has exposed,” said Yu in an interview with Epoch Times, while pointing out that the current political climate had made possible the early release of his father.

“Jiang’s faction is losing its political influence, and it doesn’t want to be bothered by the likes of Lu or anyone else,” said Yu.

Many high-ranking officials of Jiang’s faction have been purged in the past two years, most notably former oil executive Jiang Jiemin and former security czar Zhou Yongkang.