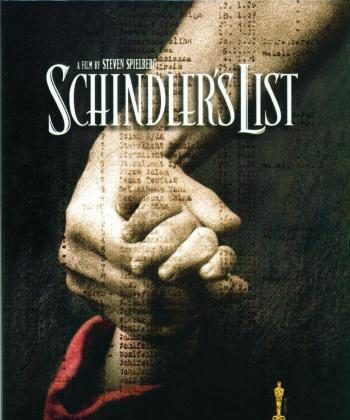 A poster of the film 'Schindler's List.' A document transcript, listing the names of Jews who were saved by the events depicted in the film, is now up for sale. (Courtesy Universal Pictures)
International

James Bishop
View profile
Follow
biggersmaller
Print
The historic document that inspired Academy Award winning film "Schindler’s List" has been listed for sale at $2.2 million. The document is said to be one of the only surviving copies of the full list now in civilian possession.

The list that documented the names of Polish Jews who were being kept from the Nazis during World War II was drafted by business owner Oskar Schindler and his Jewish accountant, making the work a valuable piece of Holocaust history. The list is a monumental artifact from World War II and many historians are reported to be interested in the existence of the list as well as its availability for purchase.

“It's the only one remaining in private hands, arguably the most important World War II document," historical expert Gary Zimet told AFP News.

Other copies of the extremely rare list are kept exclusively in museums in the U.S. and other countries.

German businessman Oskar Schindler employed 1,200 Jews in his privately owned ammunition and enamelware businesses in Germany to save them from persecution by the Nazis. His heroic efforts were later depicted in the Academy Award winning film directed by Steven Spielberg and starring Liam Neeson and Ralph Fiennes.

The film, which was among the most critically lauded films that Spielberg directed, won seven Oscars, including the Academy Awards for Best Picture and Best Director in 1993.