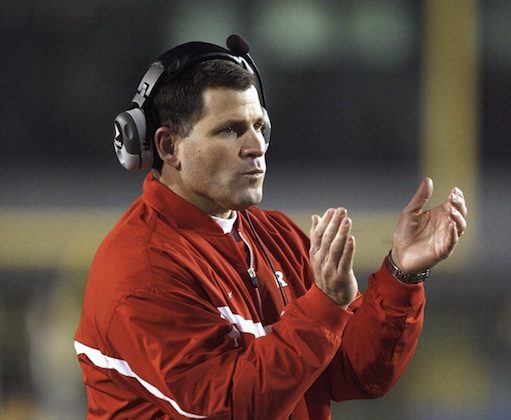 Greg Schiano had a 68-67 record in 11 seasons at Rutgers. (Gregory Shamus/Getty Images)
NFL

Rutgers head coach Greg Schiano has been hired by the Tampa Bay Buccaneers as their new head coach and will be introduced at a press conference on Friday, according to a report on Tampa Bay’s website.

“We are thrilled to introduce coach Schiano as the new head coach of the Tampa Bay Buccaneers,” said club Co-chairman Joel Glazer.

Schiano’s departure from Rutgers leaves some pretty big shoes to fill in a hurry, as national signing day for potential recruits is just around the corner on Feb. 1. According to Rivals.com Rutgers has the 32-ranked class in the country with 17 recruits lined up to sign with them.

The quality of recruits Schiano has secured was rarely seen before his hiring, late in 2000. At the time, Rutgers had been to just one bowl game in its history. Eleven years later, the program has been to six bowls in the last seven seasons alone.