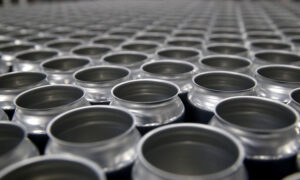 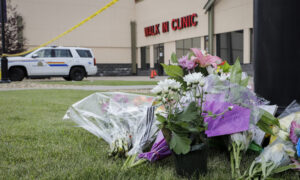 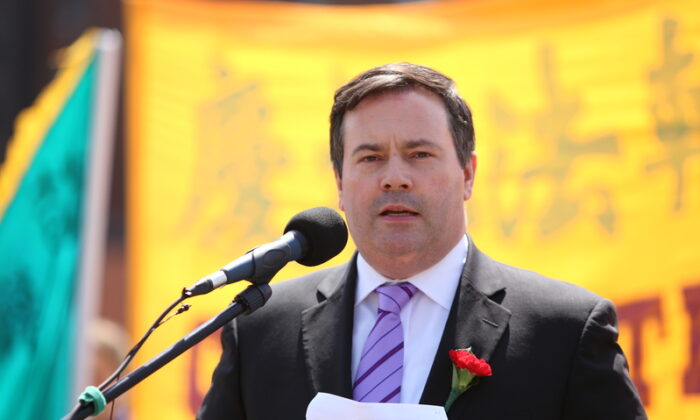 Then-federal Employment Minister Jason Kenney, now the premier of Alberta, speaks at a Falun Dafa event in Ottawa on May 7, 2014. (The Epoch Times)
Canada

Conservative Party Leader Andrew Scheer, Alberta Premier Jason Kenney, and a group of 63 Canadian parliamentarians as well as several rights advocates including Amnesty International are among the influential Canadians who have joined the chorus of calls condemning the ongoing persecution campaign against Falun Gong adherents in China.

Those calls have grown louder in recent weeks, coinciding with the 21st anniversary of the campaign, which was launched by the Chinese Communist Party (CCP) on July 20, 1999.

“On this sad and solemn anniversary, we remember these martyrs to freedom of conscience and religion and we admire and applaud the strength and courage of the millions of Falun Gong practitioners still suffering persecution under a campaign of fear and intimidation that extends beyond the borders of the People’s Republic of China,” Kenney said in a statement.

Scheer said Canada must stand with Falun Gong practitioners to condemn the “human rights abuses and crimes of such despotic regimes as the one in Beijing.”

“The Chinese Communist Party must stop its illegal widespread surveillance, arbitrary detention, imprisonment, and torture of Falun Dafa practitioners and other religious minorities,” he said in a statement on July 20.

To mark the anniversary, commemorated in Canada with an online rally on July 20, politicians across all political stripes called for an immediate end to the persecution.

Falun Gong, also known as Falun Dafa, is a spiritual meditation discipline based on the principles of truthfulness, compassion, and tolerance. It was introduced to the public in the early 1990s and attracted a huge following within a short time, with government surveys showing between 70 and 100 million considering themselves adherents.

The immense popularity of this traditional practice rooted in Chinese culture prompted Jiang Zemin, the leader of the CCP at the time, to start a campaign of persecution against the practice in 1999, the aim being to eradicate it.

Liberal MP Judy Sgro, former minister of citizenship and immigration, and Conservative MP Peter Kent initiated a joint statement calling for an immediate end to the persecution of Falun Gong, which was signed by 63 current and former Canadian parliamentarians from all parties.

The statement was circulated in other countries around the world and now has over 600 signatories.

Sgro said she will continue to advocate until the persecution ends and that human rights abuses in China will only be addressed through “world awareness.”

“I think it has to be world awareness and to try to get the rest of the world engaged in the atrocities that continue in certain parts of China to innocent people, whether it’s the jailing of innocent Canadian citizens with the ‘two Michaels’ that is happening, or the persecution of [China’s] own people through what they do with Falun Gong,” she said.

“And I think the only way that will stop is when the world demands that China respect the human rights of everyone.”

The Inter-Parliamentary Alliance on China (IPAC), an international cross-party group of legislators working toward reform on how democratic countries approach China, also condemned the CCP’s continued persecution of the spiritual practice.

“We … urge the world to stand up and speak out for an end to such repression, an end to impunity, and for justice, accountability, human rights, and human dignity for all the peoples of China,” IPAC said in a statement.

Co-chaired in Canada by former Liberal justice minister Irwin Cotler and Conservative MP Garnett Genuis, IPAC was established to coordinate policies to address the Chinese regime’s growing influence around the world. It comprises senior politicians from 16 countries plus the European Union.

According to human rights researchers, since the persecution started in 1999, millions of Falun Gong practitioners have been rounded up and thrown into China’s vast system of detention centres, forced labour camps, and brainwashing centres, where they are routinely tortured and subjected to other abuse.

Speaking at the online rally on July 20, Bloc Québécois foreign affairs critic Stéphane Bergeron called on Liberal Foreign Affairs Minister François-Philippe Champagne to confront the CCP over organ harvesting abuses, which he said “violate the most fundamental rights of every human being on this planet.”

“The international community and the Canadian government cannot take lightly the serious allegations of repression by the People’s Republic of China against these spiritual and religious minorities,” he said, warning against letting China off the hook on its human rights record in order to gain trade benefits.

“The People’s Republic of China is certainly an important partner but there is no reason to tolerate such violations of the most inalienable rights of its citizens, which unfortunately seem to have been proven.”

Green Party parliamentary leader Elizabeth May also condemned the Chinese regime for the persecution and commended practitioners for their decades of peaceful resistance and efforts to raise awareness.

“I respect enormously the peaceful work that [practitioners] do, to recognize individual rights, to protect the ability to practice Falun Gong, and Falun Dafa, which we understand to be a completely peaceful practice, undertaken by many people around the world,” she said at the online event.

Last week, the Falun Dafa Association of Canada (FDAC) said it had submitted a list of 14 senior Chinese officials to Champagne to be sanctioned under the Magnitsky Act, along with nearly 300 pages of supporting documents.

A group of current and former parliamentarians and rights activists including MPs Kent, Genuis, James Bezan, and Michael Cooper; Sen. Thanh Hai Ngo; former Liberal cabinet minister David Kilgour; and Cotler have called on Ottawa to support FDAC and use the Magnitsky Act to sanction the 14 Chinese officials responsible for the Falun Gong persecution.

On July 20, the United States also called on the CCP to immediately end its “depraved abuse and mistreatment” of Falun Gong.

“Twenty-one years of persecution of Falun Gong practitioners is far too long, and it must end,” U.S. Secretary of State Mike Pompeo said in a rare statement by a top administration official about the persecution.

Pompeo also demanded that the Chinese regime release imprisoned Falun Gong adherents and account for the whereabouts of missing practitioners.

His comments add to those of about 30 U.S. lawmakers and officials who issued statements expressing solidarity with Falun Gong practitioners on the anniversary. Hundreds of lawmakers around the world also condemned the regime’s brutal suppression.