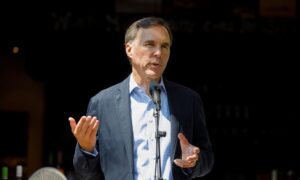 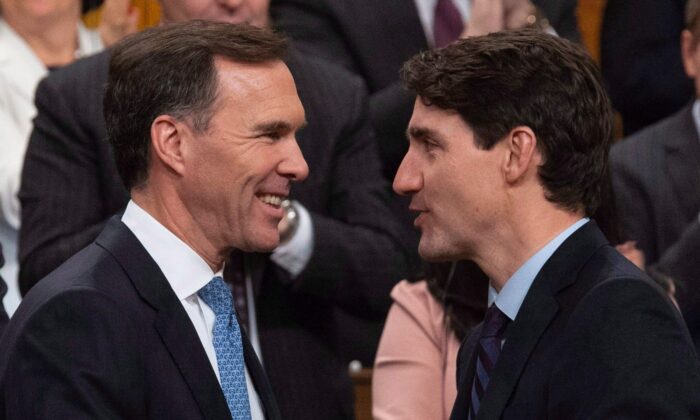 Scheer Joined by Blanchet in Calling for Trudeau and Morneau Resignations

OTTAWA—Both Prime Minister Justin Trudeau and Finance Minister Bill Morneau are facing calls to resign—from two federal party leaders—over their involvement in the controversy swirling around the WE organization.

Outgoing Conservative Leader Andrew Scheer challenged to Trudeau and Morneau Friday to “step aside for the good of the country.”

“This entire scandal reeks of corruption at the highest levels of the federal government,” he said.

“These individuals need to do the right thing.”

In what appears to be an attempt to drive a wedge between Trudeau and members of his own caucus, Scheer said Liberal MPs who do not want to be seen as complicit in this controversy should demand that their leader quit.

“Liberal MPs have a choice to make: are they prepared to sacrifice their personal integrity to protect their scandal-plagued leader and to cover up corruption or are they willing to take a stand and demand that Trudeau step aside?” he said.

“If the Liberals refuse to act, if they sit on their hands and say nothing, then they are implicitly approving of this corrupt behaviour and they will be just as guilty as Justin Trudeau is.”

Bloc Quebecois Leader Yves-Francois Blanchet also called on Trudeau and Morneau to resign—a step further from his earlier position of asking the prime minister to step aside while the federal ethics commissioner and committees investigate the matter.

If they do not, the Bloc is threatening a motion to censure the government when the House of Commons resumes full business in September.

The party is also asking Elections Canada to consider what would be necessary to run an election in a pandemic and is asking House Speaker Anthony Rota to make arrangements for a vote of all 338 MPs on or before Sept. 21.

These moves signal a possible intention to bring down the Liberal minority government, although Blanchet did not explicitly commit to this.

Quebecers may not want an election in the short term, but they also don’t want another Liberal scandal to distract from the fight against COVID-19, Blanchet said in French in a Friday statement.

Scheer avoided saying whether he would be willing to force an election over the issue in the minority Parliament, saying only that this decision should be made by the next leader of the party after results of the Conservative leadership contest are announced in late August.

He dismissed the suggestion that replacing Trudeau and Morneau in the middle of a pandemic would create further uncertainty in the country.

“It would allow the government to move on, past these scandals, and focus on improving the lives of Canadians,” he said.

Health Minister Patty Hajdu said she continues to have confidence in Morneau as finance minister and that he has been a “key player” in Canada’s response to the COVID-19 pandemic.

“The support that he’s been able to put together with colleagues around the table, around small business supports and ensuring that our economy has the strength to survive what I would say is a challenge of a generation, has been truly admirable,” Hajdu said.

The controversy involving the WE organization has forced the Liberals into damage control mode for the last three weeks, after questions arose about close personal connections between the WE Charity and Trudeau, Morneau and members of their families.

On Wednesday, Morneau told a Commons committee he had just repaid WE Charity more than $41,000 for expenses the group covered for trips his family took to Kenya and Ecuador in 2017 to see some of its humanitarian work. He said he had always planned to personally cover those amounts and was surprised to discover this was not the case while going through his receipts ahead of his testimony.

WE said the Morneau family trips were meant to be complementary, part of a practice of showing donors WE’s work to encourage them to give more.

Both Morneau and Trudeau are facing an ethics investigation for not recusing themselves during discussions about awarding WE a deal to run the government’s $912−million program that would pay students grants of up to $5,000 based on the hours they volunteer.

WE backed away from the sole-source contract earlier this month, citing the controversy that has dogged the agreement since government announced WE Charity as the administrator of the Canada Student Service Grant.

Trudeau and Morneau have apologized for not declaring possible conflicts and recusing themselves from discussions because of their familial ties to the organization—Trudeau because of speaking fees paid to his brother, mother and wife, and Morneau because one of his daughters is nearing the end of a one-year contract in an administrative role.

Trudeau has agreed to testify before the House of Commons finance committee probing the aborted agreement, a rare move for a prime minister, as will his chief of staff, Katie Telford.