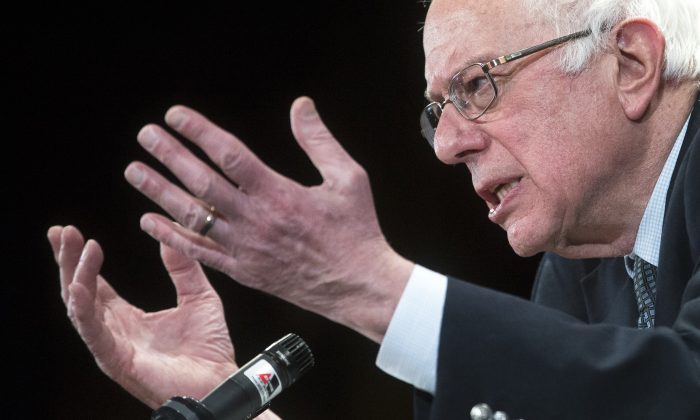 “Chaotic” scenes across a number of Iowa precincts have voters wondering if the correct winner was called on caucus night.

On the Democratic side, the close race has prompted Bernie Sanders and his supporters to raise questions about how the voting proceeded.

Hillary Clinton ended up winning by 0.29 percent, according to the Democratic Party. The final delegate equivalent was Clinton: 700.59; and Sanders: 696.82.

Sanders campaign staff told the Des Moines Register that they’ve found some discrepancies between tallies at the precinct level and numbers that were reported to the state party, and believe errors were made by untrained volunteers.

“We feel like that there’s a very, very good chance that there is,” said Rania Batrice, a Sanders spokeswoman. “It’s not that we think anybody did anything intentionally, but human error happens.”

Iowa Democratic Party Chairwoman Andy McGuire insisted that the count was correct, though, and said there will not be any sort of recount. Clinton declared victory and a spokesman said there was no uncertainty over who won. He also said the raw vote tally will not be released.

On a local level, though, volunteers, observers, and voters described scenes of “chaos.”

At precinct No. 42, for example, Jill Joseph, a Democratic voter who backed Sanders, said none of the 400-plus Democrats who came to vote wanted to be in charge, so a man who had originally just shown up to vote stepped forward.

As Joseph was leaving with the untrained caucus chairman, who is one of her neighbors, “I looked at him and said, ‘Who called in the results of our caucus?’ And we didn’t know.”

In Ames precinct 1-3, the crowd was so big and the check-in line was so slow that the voting started two hours later.

“There wasn’t a clear person in charge,” said Peter Myers, a finance major and member of the student government at Iowa State University, who caucused for the first time.

Democrat Mary Ann Dorsett of Des Moines said there were 492 voters in her precinct, but only a few people to check them in.

“It was a very large room, so clearly they expected a large turnout. The lines snaked through the corridor and out the door. It took over an hour to check in. Republicans in the same precinct were seated long before this, and already listening to speeches,” she said.

“If all the smartphones were eliminated, it could have been 1820, and we were re-enacting the roles of a bunch of farmers sitting in a church hall, counting heads. Is this the 21st century? This may well be my last caucus unless the Democratic Party cleans up its act.”

While still trying to get a grip on what happened, Sanders’s campaign is also focusing on moving forward.

“As an empirical matter, we’re not likely to ever know what the actual result was,” Jeff Weaver, Sanders’s campaign manager, told the Washington Post.

He cited as complicating factors the narrow margin, the “arcane” rules of the caucuses, the delayed reporting of some precincts and the technology used to reports the results.