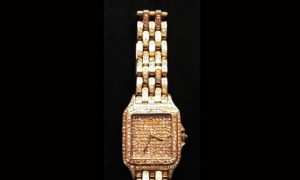 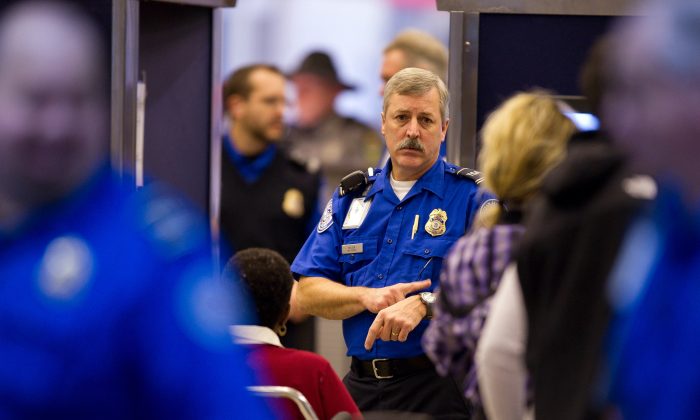 Scary Weapons Passengers Have Tried to Sneak Past the TSA

We all know that passing through airport security checkpoints can be frustrating. Of late, as passengers at Chicago’s O’Hare International airport know, they can be downright awful.

Despite an ongoing staffing shortage—which has led to long lines, missed flights, and stranded passengers—the Transportation Security Administration (TSA) serves an important role in the safety of millions of travelers.

So, next time you’re waiting in an airport security line, entertain yourself with this list of ridiculous items TSA officers have found since the start 2016.

If the list below doesn’t convince you, check out some more dangerous items TSA officers have found and posted on its Instagram account, and the airports with the worst transgressors!

#TSATravelTips – This live smoke grenade was discovered recently in a checked bag at Charlotte (CLT). Smoke grenades are hazmat and are prohibited in both carry-on and checked baggage.

#TSAGoodCatch – Two stun canes were discovered this week in carry-on property at LaGuardia (LGA) and Phoenix (PHX). All shocking devices are prohibited from being carried onto the aircraft.

#TSATravelTips – These machetes were discovered in two separate incidents this week in carry-on bags at the George Bush Intercontinental Airport (IAH). Please pack machetes in your checked baggage.

#TSAGoodCatch – This comb dagger was discovered in a carry-on bag at the Lihue Airport (LIH) in Hawaii. Knives are always prohibited in carry-on bags no matter the size. Concealed knives can lead to fines and arrest.

#TSAGoodCatch – This #bejeweled lipstick stun gun was discovered in a carry-on bag at the Hartsfield–Jackson Atlanta International Airport (ATL). All stun guns are prohibited from being packed in carry-on bags or carried on your person.

#TSAGoodCatch – This push dagger was discovered in a package of gum at the Detroit Metropolitan Airport (DTW). Knives are always prohibited from carry-on bags, but concealed knives can lead to fines and arrest.

#TSAGoodCatch – A throwing star was discovered in a carved-out compartment in a wooden cellphone case at Ontario (ONT) in a carry-on bag. Concealed items can lead to fines and arrest.

#TSAGoodCatch – This cane sword was detected recently in a passenger’s carry-on property at Las Vegas (LAS). All knives and swords are prohibited in carry-on bags, and concealed items can lead to arrest and fines.

#TSATravelTips – It’s a bad idea to pack anything in your carry-on bag that looks like a firearm and ammo as it will slow things down for you and the travelers in line behind you. These shoes and bullet wrist bands were discovered in a carry-on bag recently at the Baltimore–Washington International Airport (BWI). While replicas are prohibited in carry-on bags, these shoes could have been packed in checked baggage.

#TSAGoodCatch – This inert anti-tank landmine was discovered in a checked bag at Austin (AUS). If an item looks like a real bomb, grenade, mine, etc., it is prohibited. When these items are found at a checkpoint or in checked baggage, they can cause significant delays because our explosives detection professionals must respond to resolve the alarm. Even if they are novelty items, you are prohibited from bringing them on board the aircraft.

Ok, this one isn’t a weapon, and it’s not illegal, but it’s definitely a head-turner.

Talk about deadheading… This crusty ol’ chap is actually a prop from the #TexasChainsawMassacre movie. He was brought through a checkpoint at the Atlanta (#ATL) International Airport, where as you can see, he was screened and sent on his jolly way. #TSAOnTheJob