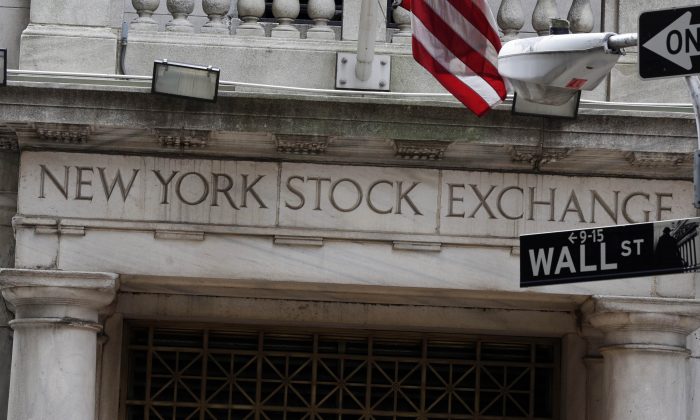 NEW YORK— The U.S. economy is growing at a painfully slow pace. Greece still threatens the euro. Chinese stocks have just pulled out of a frightening free-fall. Big companies in the U.S. are struggling to boost profits.

You might think it’s been a rough year for investors, but it’s mostly been a smooth ride — and a profitable one.

Money is flowing into bonds issued by the riskiest of companies, home prices in some big U.S. cities are soaring, shares of technology companies are still near all-time highs, even after a drop this week, and auction houses are enjoying record sales of art. A Picasso painting sold at Christie’s for $179 million in May, the highest ever for an artwork at auction, prompting one dealer to exclaim, “I don’t really see an end to it.”

Neither do many on Wall Street. The so-called fear index, a figure measuring the odds of big swings in stock prices, is hovering near a multi-year low. The ranks of “short-only” investors, who bet that stocks will drop, have thinned to near extinction. A traditional haven for spooked folks, gold, fell to $1,085 an ounce on Friday, down more than 40 percent in four years.

Jack Ablin, chief investment officer of BMO Private Bank, thinks people have faced so many crises that they have become numb to fear. “Things have worked out,” he says, “and that has emboldened investors.”

For years, U.S. companies have kept profits rising by cutting costs to overcome slow sales. But they’re lean now and it’s getting harder to do that. In the past week, IBM, United Technologies, Caterpillar and Union Pacific fell after posting disappointing earnings or revenue for the latest quarter.

After all results for the April-June period are tallied, analyst expect earnings per share for companies in the Standard and Poor’s 500 index to drop from a year earlier, the first decline since 2009, according to financial data provider S&P Capital IQ. Revenue is forecast to fall for a second quarter in a row, nearly unheard of outside a recession, as Americans still hold back on spending six years after the financial crisis.

It’s gotten to the point that even the biggest bulls are conceding that, yes, after a tripling of prices since 2009, stocks are getting a tad expensive or, to use their delicate phrase, “fully valued.”

Homes in hot markets like Miami and Seattle are looking pricey, too. In San Francisco, prices have jumped 61 percent in just three years, according to the Standard & Poor’s/Case-Shiller index.

People are also putting money into “high yield” bonds, so called because the iffy companies that sell them must offer fat interest payments to get you to open your wallet. Or at least they used to. So heavy has been demand for the bonds, that these companies are paying interest of 6.6 percent, versus 10 percent four years ago.

Earnings per share jumped in previous quarters, he notes, partly because earnings were spread over fewer shares after companies bought back billions of dollars of them. He also complains that financial analysts have focused too much on “adjusted” earnings that leave out all types of one-time costs. That makes companies look more profitable than they are.

He’s bracing himself for a few quarters of falling profits. “I think we’re on the verge of an earnings recession,” he says.

Or maybe just a recession.

Most economists scoff at the idea, but David Levy, one of the few who called the last global recession in 2007-2009, thinks another one is likely. Since he made that prediction, China has slowed dramatically, Brazil has fallen into recession, and five of the 10 biggest global economies are either in one or teetering on the edge. The economy of Canada, America’s biggest trading partner, has shrunk for four straight months.

Financial analysts are largely shrugging off the fears. They like that stocks in the S&P 500 index are trading at 17.6 times their expected earnings for the next 12 months, according to S&P Capital IQ. That earnings multiple, as it’s called, is only slightly higher — meaning more expensive — than the 15-year average of 16 times.

But that assumes the analysts are correct and profits will start growing again this year, then leap by double-digit percentages next. It also assumes that the companies’ versions of earnings, the “adjusted” ones that Abate so distrusts, are reliable.

Of course, it might all work out in the end.

U.S. employers are hiring at a solid pace, so it’s possible all those extra paychecks will spark more spending and higher revenue and profits.

History also suggests it’s unwise to bet against a bull market that has stretched into a seventh year. Prices have kept rising despite two Greek debt crises, a near debt default by the U.S. government, and, recently, Beijing’s failed efforts to avert a crash in its stock market.

“You can always tick off a list of worries,” says one optimist, Mike Ryan, chief investment strategist at UBS Wealth Management Americas, “but markets tend to climb a wall of worry.”

Or is it a wall of complacency?

You’d have to go back 3 ½ years to find the last time investors got really scared, selling enough to push the S&P 500 index into a “correction,” or drop of at least 10 percent.

Abate of Centre Funds thinks stocks will soon fall by that much, possibly more, and so he’s bought an insurance contract for his fund that will pay off when they do. “We’re not complacent,” he says, “about the complacency.”