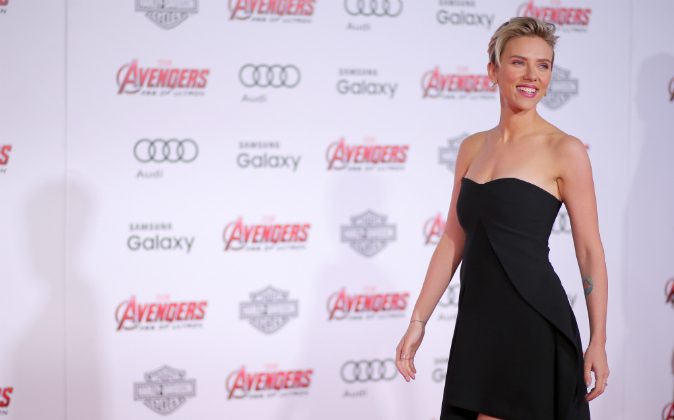 The gender wage gap is apparent in Hollywood as the list of highest grossing actors of all-time is dominated by male actors—Samuel L. Jackson ($4.6 billion), Tom Hanks ($4.3 billion), Harrison Ford ($4.9 billion). But Scarlett Johansson is proving she too is a box office draw.

Box Office Mojo, the online tracking site of box office earnings, revealed its list of highest-grossing actors, and Johansson—the only woman—cracked the top ten with a total gross of $3.3 billion, beating out Matt Damon, Bruce Willis, and Robert De Niro.

Johansson’s roles in Hollywood include films beyond those in the superhero business. She’s found great success with “Lucy” ($126 million) and Jon Favreau’s “The Jungle Book.”

The 43-year-old actress is slated to star as Major Motoko Kusanagi in the upcoming film, “Ghost in the Shell.” The controversial casting left fans questioning why “Ghost in the Shell,” a Japanese anime, would cast a white actress rather than an Asian actress as Kusanagi.

The discussion of gender wage gap in Hollywood is a hot topic. Actress Robin Wright who plays Claire Underwood on the popular series, “House of Cards” demanded that she and co-star Kevin Spacey are paid equally.

“I was like, ‘I want to be paid the same as Kevin,'” said Wright at a Rockefeller Foundation event titled “Working Towards Global Equality” on May 17, which was documented on Twitter with the #RFDialogues hashtag. “I was looking at the statistics and Claire Underwood’s character was more popular than [Frank’s] for a period of time.”

Wright continued: “So I capitalized on it. I was like, ‘You better pay me or I’m going to go public.'” Wright and Spacey are paid exactly the same—a rarity in Hollywood.

Cameron Diaz came in at No. 19 on the list with $3.0 billion—also ahead of Matt Damon.