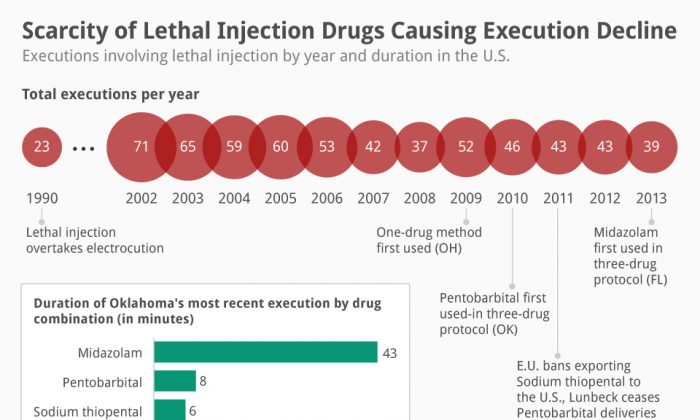 The preferred method of execution in the United States, the lethal injection, is being intensely scrutinized in the wake of a botched execution in Oklahoma. Clayton Lockett endured an immensely painful 43 minute death in an execution involving Midazolam.

This was being used as part of three-drug cocktail after other the E.U. banned Sodium thiopental exports to the U.S. and Lunbeck ceased Pentobarbital deliveries to prisons in 2011. In comparison to executions using other drugs, the duration of Lockett’s death was particularly long.