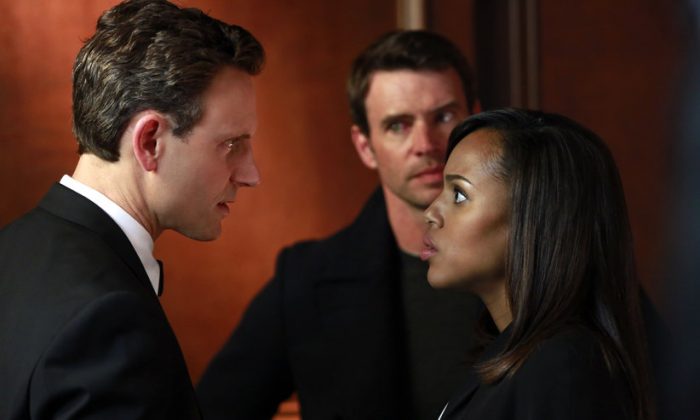 Scandal season 4 will not include Harrison–as he’s now dead–but will include new guest star Portia de Rossi in a role that hasn’t been revealed yet.

“But, regardless of how Olivia comes back into the fold, it will actually be the year of Abby, as we’ll finally get to discover more of her backstory,” according to TVGuide.

Harrison’s death will be explained.

“It will be very devastating for Abby in a surprising way. You’ll see how she’s coping with it in a very different way than you would expect,” Rhimes elaborated.

“One of the things that we did specifically when we created the show is slowly deploy people’s stories. It was purposeful. Season 4 is Abby’s season. That was by design. A lot of what we know about Abby happens this season. A lot of what we discover about her and see about her back story will happen as we tell Abby’s story,” Rhimes also told TV Guide in another interview.

Scandal season 4 will premiere on September 25 at 9 p.m. EDT.

The title for the premiere was teased as “Randy, Red, Superfreak, and Julia.”