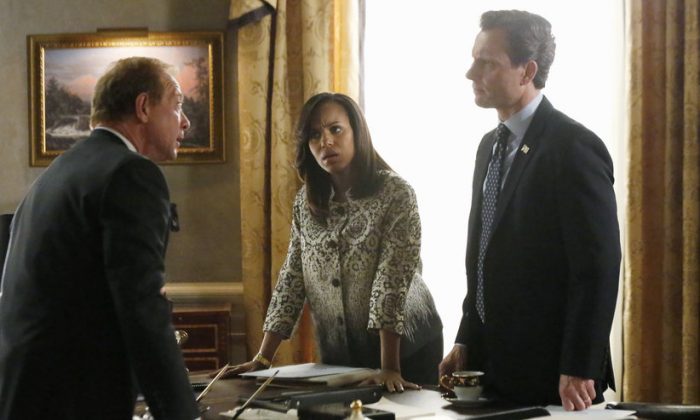 Scandal season 4 is a sure thing after ABC renewed the show late this week.

Scandal is one of the most popular programs on ABC and the renewal comes as no surprise.

Meanwhile, the latest filming update is that part of the next season may be filmed in Washington, D.C.

Though the series is set in the nation’s capital it’s typically filmed in Los Angeles.

Vincent Orange, a council member in the district, said that he’s in touch with a producer for the series who wants to shoot scenes in the capital in August.

Orange said that the shoot would be dependent on continued funding of the city’s film incentive fund, which has $4.5 million this fiscal year but could have less next year.

Mayor Vincent Gray has proposed lowering the fund to $1 million.