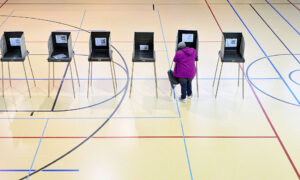 How and Why Pro-China Communists Took Over Durham, North Carolina—Huge Implications for 2020
0 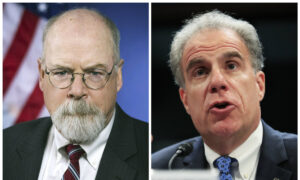 Durham Disagrees With Some Conclusions in Inspector General's Report
0 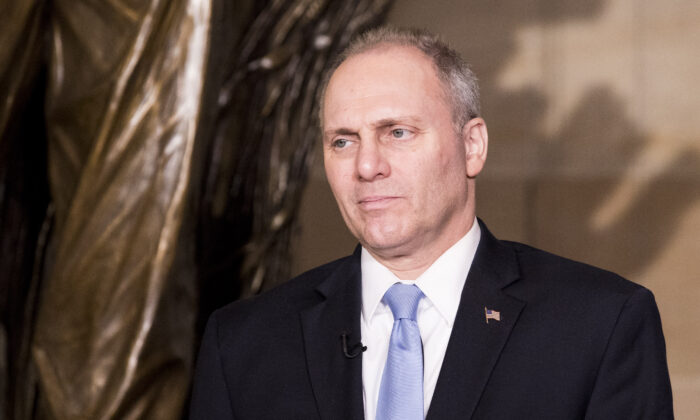 House of Representatives Minority Whip Steve Scalise (R-La.) in the Statuary Hall of the Capitol building after attending the State of the Union in Washington on Jan. 30, 2018. (Samira Bouaou/The Epoch Times)
Crossfire Hurricane

Scalise: ‘People Ought to Go to Jail’ Over Origins of Russia Investigation

House Minority Whip Steve Scalise (R-La.) said that he believes some people who allegedly abused their power in an attempt to “take down a candidate for president” should be sent to prison after U.S. Attorney John Durham concludes his probe of the origins of the Russia investigation.

During that address, the president criticized the various efforts targeting him, including former special counsel Robert Mueller’s investigation into Russian meddling in the 2016 presidential election. Trump had been acquitted a day earlier by the Senate on two articles of impeachment—abuse of power and obstruction of Congress.

Scalise described the president as being “very candid” in his address, saying that Trump’s speech underscored that there are still “some very crooked people” out there, including “some dirty cops” in Washington.

Attorney General William Barr assigned Durham early in 2019 to investigate the origins of the FBI’s counterintelligence investigation of the Trump campaign and to assess whether the surveillance of Trump campaign associate Carter Page was free of improper motive. The probe was designated a formal criminal investigation later in 2019.

“People need to be held accountable. They abuse their power to literally try to take down a candidate for president of the United States. People ought to go to jail,” said Scalise, who appeared to be referring to several former top members of federal law enforcement.

“I’ve seen some classified information that I can’t go into, but I can say this: hopefully Durham names names. I think the attorney general is waiting to see what comes out of that.”

He added that he hopes that Durham’s investigation would vindicate the “99 percent good people at the FBI,” or the agency’s rank-and-file, while saying that the FBI is “an important agency to our national security.”

The FBI’s counterintelligence investigation of the Trump campaign began in late July of 2016 and eventually evolved into Mueller’s special counsel probe. Strzok, the agent who led the FBI probe, sent text messages expressing animus against Trump, spoke of stopping Trump from becoming president, mentioned an insurance policy in the event that Trump was elected, and mentioned impeachment shortly after joining the Mueller team.

Mueller’s Russia investigation ended in 2019 and concluded that there was insufficient evidence to establish that anyone colluded with Russia to influence the 2016 election.

Similar to Durham’s investigation, Justice Department Inspector General Michael Horowitz was assigned to investigate a limited scope of the 2016 counterintelligence probe. Horowitz looked at whether there was misconduct in the FBI’s use of a FISA warrant to spy on Page. He released a report on that inquiry on Dec. 9, 2019, concluding that the applications for FISA warrants on Page included 17 significant errors or omissions. Horowitz faulted the entire chain of command involved in the FBI investigation.