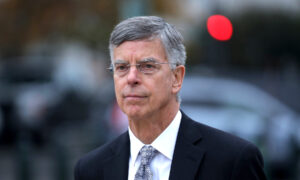 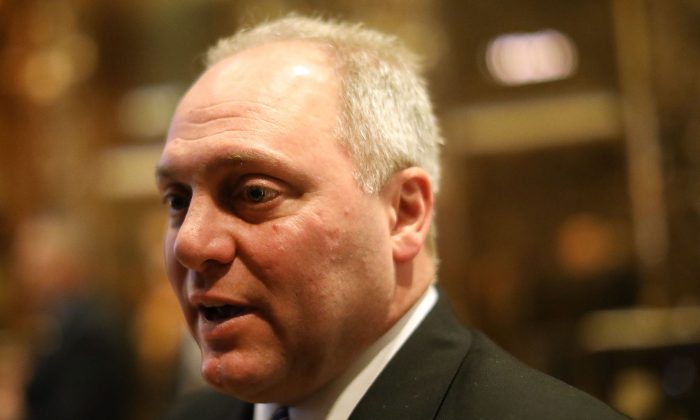 In an interview on The Ingraham Angle, House Minority Whip Scalise hit out at Schiff for holding the closed-door proceedings that did not involve classified information, adding that the secret proceedings meant that 75 percent of Congress representing 230 million Americans did not know what was being presented as evidence to impeach the president.

75% of the Representatives in the House are being denied access to these impeachment proceedings.

That means 230 MILLION Americans are unrepresented and have their voices silenced in this process.

He said this is unprecedented in U.S. history.

“When we walked into the room, Adam Schiff himself, the chairman of the committee, admitted that was not a classified briefing,” Scalise said. “So why were members of Congress shut out from the meeting?

Scalise said that when the Republicans walked in, Schiff was “confused.”

“He’s looking around to try and figure out how he can throw us out,” Scalise told Laura Ingraham. “We weren’t there to disrupt anything, we just wanted to see what was going on.”

Scalise’s comments came a day after three dozen Republican lawmakers walked into Schiff’s closed-door impeachment inquiry that was being held in the House Sensitive Compartmented Information Facility (SCIF) in the basement of the U.S. Capitol. The SCIF is meant for classified briefs.

Some lawmakers and officials claimed the lawmakers endangered national security by allegedly bringing phones into the SCIF.

“In short, they have compromised the security of the room. And they not only brought in their unauthorized devices, they may have brought in the Russian and Chinese with electronics in a secure space,” Rep. Eric Swalwell (D-Calif.) told reporters, reported The Hill. House Democrats also threatened Republican lawmakers with ethics violations.

But Rep. Mark Meadows (R-N.C.), a member of the House Oversight and Reform Committee, said he collected lawmakers’ phones and brought them outside the room in accordance with the rules. Their staffers outside tweeted on their behalf.

The lawmakers said the move was to call for “basic standards” and transparency regarding Schiff’s impeachment inquiry against Trump, which to date has broken with established process on multiple occasions (pdf), like proceeding without a full House vote.

According to Scalise, as soon as the lawmakers entered to witnessed that the proceedings were not involving classified information, “Schiff took the witness and ran out of the room.”

“Sunshine is the best disinfectant to what is rotten to the core,” Scalise said. “It’s a soviet-style star chamber.”

The Democratic National Committee later tweeted: “The GOP isn’t being shut out of this process—the Republican members of the relevant committees or their staff are in the SCIF for these depositions already.”

However according to Scalise, the inquiry is breaking with the due-process protections outlined in the constitution that allow both sides to call witnesses and for a U.S. President to have legal counsel to cross-examine the witnesses, as was the case for former President Richard Nixon.

He added that the Democrat-led probe into Trump is a “witch hunt.”

Scalise made reference to the Mueller investigation, describing it as the first failed attempt by House Democrats to impeach Trump.

“22 months, 2,800 subpoenas, there was every kind of investigation you could imagine and it yielded absolutely nothing,” he argued. “It crushed them—they thought that was going to be their basis for impeachment. So what do they do? They don’t give up. They go on looking for something else.

“They’re meandering around trying to find something, and they only way they can do it is not through a fair process, where both sides get to call witnesses, which has always been the case in impeachment,” Scalise said.

Chairman of the Senate Judiciary Committee Sen. Lindsey Graham (R-S.C.) introduced a resolution on Oct. 24 calling on the House to hold a formal vote on proceeding with the impeachment inquiry.

The resolution requested that the Democrats hold a formal vote for an impeachment inquiry to take place, which did not happen when House Speaker Nancy Pelosi (D-Calif.) launched the proceedings on Sept. 24. Pelosi has said that a vote isn’t required under the rules.

But Rep. Chris Stewart (R-Utah), a member of the Intelligence Committee, commented that: “This may be within House rules … the question is, is it a good idea to try and impeach the president in secret hearings,” The Hill reported.

The impeachment inquiry is centered on a request Trump made to Ukrainian President Volodymyr Zelensky during a July 25 phone call.

Trump asked Zelensky to find out more about a server tied to CrowdStrike, the cybersecurity firm that examined the Democratic National Committee server that was allegedly breached by Russian government hackers. Trump also asked Zelensky to look into the Ukrainian business dealings of Hunter Biden, the son of former Vice President Joe Biden.

The inquiry developed from a complaint by an anonymous whistleblower who relayed mostly second-hand allegations about the July 25 call and related events. The central allegation by the Democrats is that Trump’s request to Zelensky amounted to election interference, because Biden is the leading candidate for the 2020 Democratic presidential nomination. The Democrats further allege that Trump withheld aid from Ukraine as part of a quid pro quo to pressure Zelensky to investigate Biden and his son.

Trump denies the allegations, and has maintained that his actions are to investigate alleged corruption during Biden’s time in office as vice president.

“As the President of the United States, I have an absolute right, perhaps even a duty, to investigate, or have investigated, CORRUPTION, and that would include asking, or suggesting, other Countries to help us out!” Trump tweeted on Oct. 3.

The Democrats and legacy media reports have also alleged, without providing evidence, that Trump withheld military aid to Zelensky in order to pressure him to investigate the Bidens and the Democrats. But publicly available testimony from the witnesses who have appeared before members of Congress so far doesn’t support the allegation of a quid pro quo.

William Taylor, the charge d’affairs at the U.S. Embassy in Ukraine, told lawmakers on Oct. 22 that Ukrainian officials, including Zelensky, weren’t aware until more than one month after the July 25 call that military aid to Ukraine was on hold, according to Taylor’s opening statement (pdf ).