Where Are All These ‘Lies’ Coming From?
0
Share Now
TelegramFacebookTweetEmailTellMeWeReddit
Copy Link 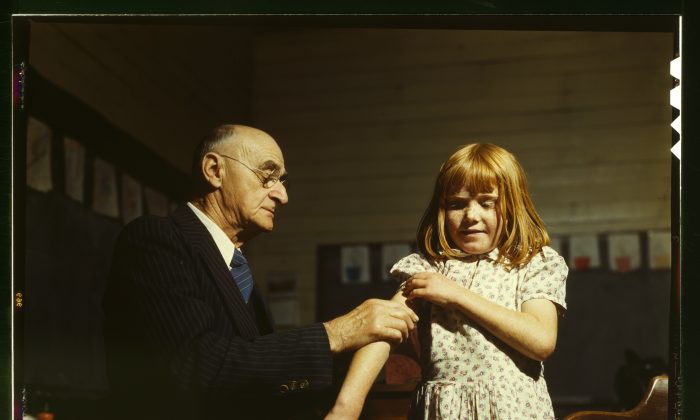 Say Goodbye to the Family Doctor

Young doctors are increasingly becoming employees rather than independent practitioners

I am old enough to remember our longtime family physician making house calls. He knew every member of my family, and was a trusted adviser.

Thanks to the government, few patients can expect to have that kind of long-term relationship with a physician anymore. Soon, most care will be administered by teams of providers with no one doctor continuously responsible for a patient’s well-being.

Physicians in solo or small-group private practice are being replaced by large-group practices that are increasingly affiliating with or owned by hospitals. From 2004 to 2011, hospital ownership of physician practices increased from 24 percent to 49 percent. Just 39 percent of doctors can now be considered old-fashioned family doctors.

The primary reason for this shift is physicians’ anxiety over compliance with expensive and burdensome government regulations, mandates, and reporting requirements. Young doctors overwhelmingly think in terms of becoming an employee rather than an independent practitioner.

Hospitals are buying up practices in order to “capture” their patients and control the services that their new physician employees provide. The Affordable Care Act (ACA) has accelerated this change by discouraging the traditional model of physician-owned practice and promoting the formation of Accountable Care Organizations (ACOs)—combinations of multiple healthcare providers.

Young doctors overwhelmingly think in terms of becoming an employee rather than an independent practitioner.

While any provider can form an ACO, hospitals will end up forming most of them, simply because they have greater access to capital, as well as a head start in terms of organization and infrastructure. The ACA, according to three “Obamacare” architects, is designed to “lead to vertical organization of providers and accelerate physician employment by hospitals and aggregation into larger physician groups.”

In this new world, patients will rarely have an exclusive relationship with a primary physician. Physicians will have shifts—specific time slots they are responsible for. When the shift is done, responsibility for a patient will be passed on to another physician or a nurse practitioner. And when patients need hospitalization, they won’t be continuously cared for by someone who has known them for years but by so-called hospitalists—hospital-employed physicians they’ve never met, and who may only see them for a day or two at a time. Many “handoffs” will be accomplished by e-mail or electronic signouts, with no personal interaction or opportunity to communicate the nuances of a case. Inevitably, important information will be lost in these exchanges.

Health care pundits, most of whom have never cared for a patient, argue that shifting the incentive structure away from fee-for-service reimbursement will improve quality and efficiency. The current system, they say, rewards overutilization of resources. Under the new system, hospitals and physicians will bear the financial risk of their costs exceeding fixed payment amounts. But shifting the incentive structure away from fee-for-service merely swaps one perverse incentive for another: the incentive to minimize costs.

Traditionally, doctors felt duty-bound to act solely for their patients’ welfare. The new breed of physician-employees will split their allegiances between their employers and their patients. The employers’ goals will not always coincide with the patients’ best interests, or the physicians’ best medical judgments. At minimum, patients will wonder if their doctors are making decisions out of a genuine concern for their health or just trying to save the boss a buck.

In addition, the purported benefits of large networks of providers haven’t been proved. Consolidation of health care providers doesn’t automatically lead to integration of care or improved health outcomes. ACOs have so far been unable to demonstrate the cost savings or quality improvements they were supposed to deliver. In fact, a recent study in Health Affairs found that smaller physician practices had fewer preventable hospital admissions than larger practices, and practices owned by hospitals had 50 percent more preventable admissions than practices owned by physicians.

The days of the family physician who made house calls are long gone. The doctors who would squeeze you in for a visit on short notice and take your calls after regular business hours are disappearing. When we get really sick, perhaps facing our final illness, we want the counsel of someone who has treated us for years and understands our priorities. Unfortunately, the government has forced that doctor into retirement.

Joel M. Zinberg is associate clinical professor of surgery at the Mount Sinai Hospital in New York City and is a trustee and past president of the New York County Medical Society. This article originally appeared on the Manhattan Institute’s City Journal website.