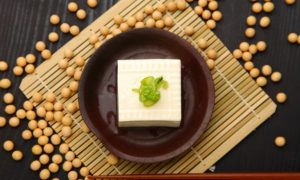 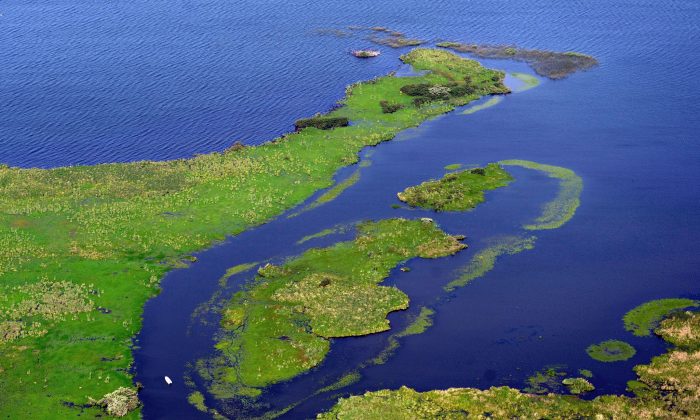 Aerial view of the marshes of "Ibera" near the town of Carlos Pellegrini, in the Argentine province of Corrientes on November 4, 2009. (Daniel Garcia/AFP/Getty Images)
Environment

Those consuming tofu and soy milk, but especially meat eaters and those driving a car should keep a critical eye on the impacts of soy cultivation. About 70 percent of soy cultivated is used for animal feed fulfilling the growing meat demands in the world, while the second largest driver of soy expansion is for the use of biodiesel. Whilst recognising these values of soy, its expansion has adverse impacts on important wetlands and forests in South America, and violates land rights. We therefore join many other NGO’s in their efforts to green the soy industry.

The Parana Delta in Argentina is one example of an important wetland affected by soy expansion. “The delta is an incredible natural wetland ecosystem that has the capacity to soften the effects of floods and droughts, protect the coast and purify the water”, tells Daniel Blanco of Wetlands International Argentina.

In the past few years the uncontrolled expansion of soy in the continent had however had a direct impact on the region with around one million cows displaced from the Argentina Pampas to the edge of the Parana Delta and its islands. To make the delta suitable for cattle grazing, the natural flow of the river and streams has been shifted by draining, land filling and the construction of dikes. “This increases the negative effects of floods and undermines adaptation to climate change. Also, the use of great scale cattle practices led to important fires in 2008, which affected the region and its surrounding,” according to Daniel.

The expansion of soy in the delta also implies the spraying of agro-chemicals. This seriously affects water quality, wildlife and fisheries, ultimately affecting local communities and their livelihoods, such as traditional fisheries and beekeeping. Delta inhabitants drink water with no treatment. Also, Buenos Aires city drinks water collected from the La Plata River, where the Delta pour out its water. Though it is treated, elimination of agrochemicals from water is a very expensive process.

“We must do everything we can to safeguard wetland ecosystem services. We consider that it is very important to share our knowledge and capacities in negotiation processes and in spaces like the Roundtable of Responsible Soy (RTRS)”, says Jan Heinrich, Soy Program Coordinator, who in Wetlands International’s behalf has contibuted to working groups on pesticides and has suggested changes on the RTRS Standard to better consider wetlands.

Considering the importance of soy in Argentina economy and its cultivation as the main driver of land-use changes in the last decades, during 2012 we worked on the promotion of a national law on Minimum Standards for the conservation, protection, restoration and sustainable use for Argentinean wetlands, closely advising public policies.

The federal bill received the approval of the Senate last November and is now moving to the Chambers of Deputies waiting for the final legislative approval. “We consider this a great achievement towards conservation and management of wetlands in Argentina”, celebrates Daniel.

To enhance the knowledge about the environmental and social impacts of soy among industry, governments and NGO’s we recently started the Socio-Environmental Observatory Soya (OSAS) together with partner organisations from Argentina, Paraquay, Bolivia and Brazil, as well as international partner organisations as IUCN and Both Ends. The main goal of OSAS is to monitor soybean monoculture in the region.

“We wish that these data will provide the basis for dialogue and influencing planning policies and socio-environmental management of production, both in producing countries as importing countries”, concludes with optimism Jan.

This article was originally written and published by Marta Andelman, from Wetlands International. Please click here for the original story and more information.